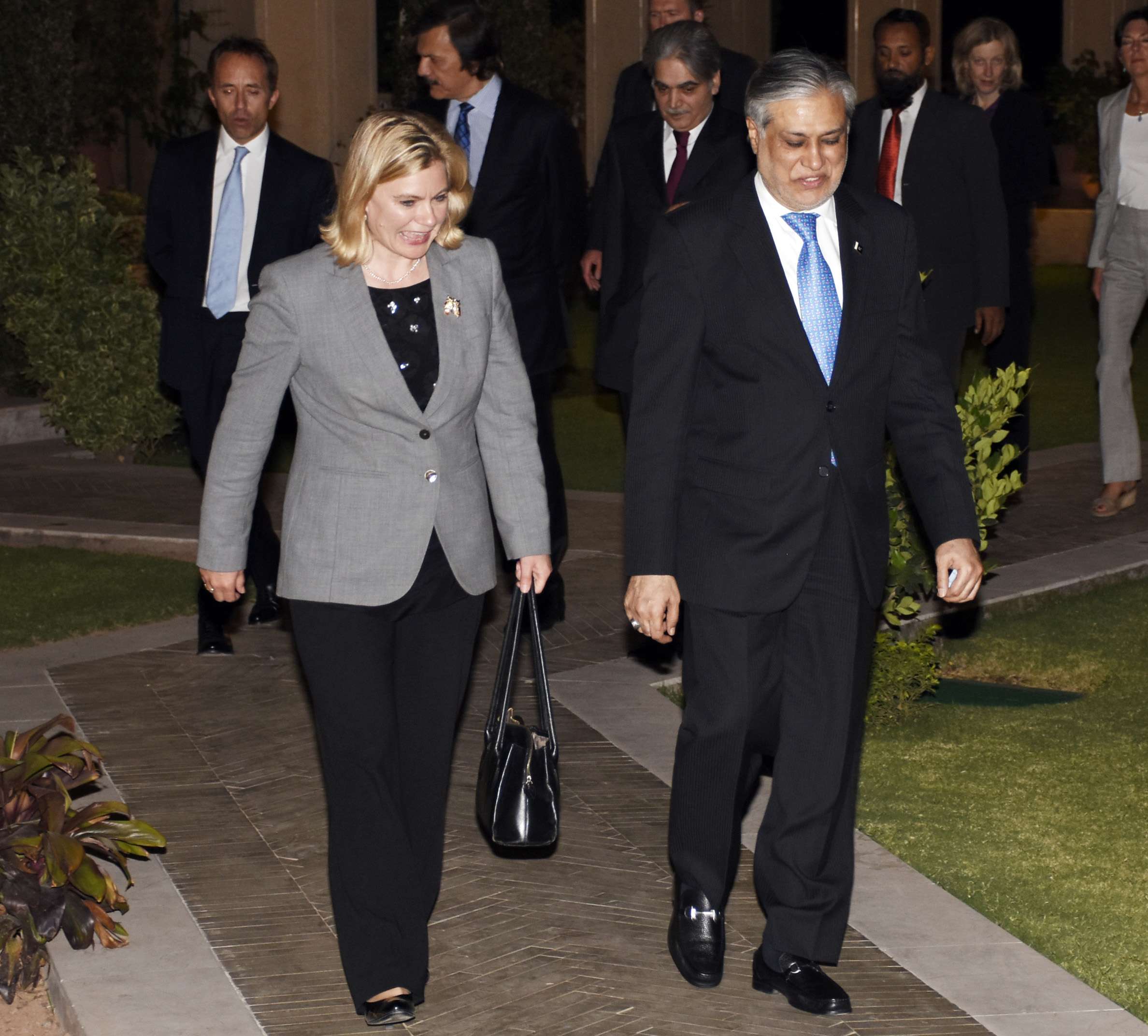 The Finance Minister apprised Ms. Greening of the efforts made by the present government for revival of economy and the consequent improvement in economic indicators during the last three years. He also acknowledged the support of development partners including the the UK Department for International Development (DFID) for economic reform initiatives of the government.

Finance Minister also on this occasion shared with Ms Greening the success achieved in Zarb e-Azb. He said that gains made against militancy and extremism are now being consolidated through rehabilitation of these areas as well as through introduction of administrative and governance reforms.

Ms Greening stated that the UK is a long-time partner of Pakistan and would continue to support the reform initiatives aimed at enhancing economic growth and development. She said that “the Government of Pakistan had risen to the challenge in the last three years”. She complimented the Minister on his able handling of the economy and said that the visible improvements in economic conditions are a “tribute to your leadership”. She said that the improvements in security situation are also visible and encouraging.

Both sides agreed, during the meeting, to commence formal discussions for finalizing a new Development Partnership Agreement (DPA) between the two countries for the next ten years, incorporating mutually agreed areas of cooperation. The current DPA (2006-6) is due to expire in September, 2016.