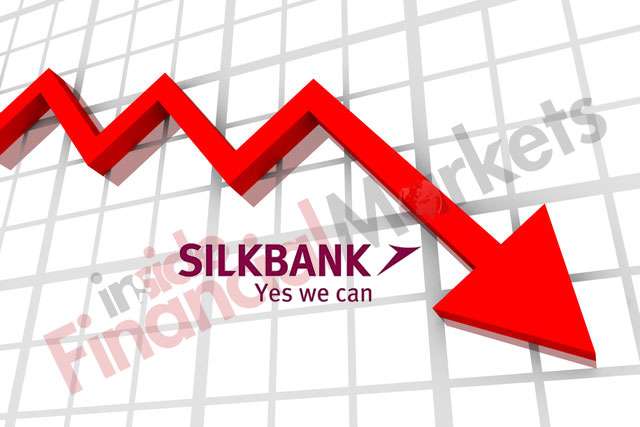 Silkbank Limited (SILK) posted a net loss of Rs1.7 billion in 2015 instead of a net benefit of Rs86.8 million in the former year.

A stock notification on Monday reported the fundamental misfortune per offer of Silkbank at Rs0.58 rather than the profit per offer of Rs0.03. Net premium pay after procurements of the bank added up to Rs2.3 billion in 2015, down 23.2% from a year prior, harming the main issue.

Conversely, the year-on-year increment in non-interest salary timed up at 10.1%. Non-interest pay equaled Rs1.9 billion, as net additions on the offer of securities rose 87.8% to Rs650.9 million throughout the year.

The governing body did not report a money profit or some other privilege for the year. Heavier procurements against non-performing credits and advances hurt profit of the bank a year ago. They added up to Rs589.3 million, up an astounding 7.4 times from a year prior.

Silkbank attempted to meet capital sufficiency necessities in the later past. Taking after an endorsing course of action with the Arif Habib Group as a major aspect of its capital-raising activity through a Rs10-billion rights issue, the bank issued more than 6.4 billion right shares at Rs1.56 per offer.

In August 2015, Arif Habib Corporation procured 28.23% shareholding in Silkbank. Moreover, the Gourmet Group likewise obtained a 12% stake, consequently getting to be ‘support shareholders’ of the bank.

Toward the end of a year ago, International Finance Corporation held 26.3% shares in Silkbank while Shaukat Tarin, Nomura European Investment and Bank Muscat held 22.5%, 13.3% and 11.8%, individually.

Upwards of 427,000 shares of Silkbank were exchanged on the Pakistan Stock Exchange on Monday. Its offer cost recorded a drop of 2.6% to close at Rs1.50.