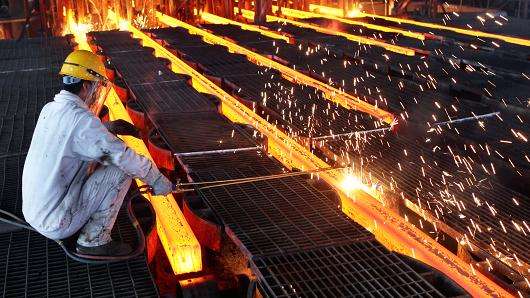 The price of steel bars has gone up by Rs8,000-Rs10,000 per tonne after the fire incident at the Gadani ship-breaking yard last month that claimed at least 19 lives.

The market is facing a shortage at a time when demand for steel bar is high, they said, adding that manufacturers of steel bars also face a dearth of raw material.

However, chairman Association of Builders and Developers (Abad) Mohsin Sheikhani said the builders use two types of steel bars. One of the qualities now costs Rs 69,000 as compared to Rs 57,000 while another quality is now available at Rs 74,000 as compared to Rs 68,000 per tonne. The increase will raise the construction cost that will ultimately be borne by property buyers.

The government has ordered a halt in activities at the Gadani ship-breaking yard by imposing Section 144 instead of ensuring safety measures for the industry that is the main source of raw material for steel manufacturers.

He said builders are finding it hard to continue their projects due to the shortage of steel in the local market. Most builders will have to shut down their ongoing projects due to increasing steel prices in case they decide against raising the rates of their apartments or housing units, he noted.

The Abad chief said almost 20,000 people connected with the Gadani ship-breaking yard have lost their jobs. He demanded that the government should immediately lift Section 144 and allow ship-breakers to begin their work.

Pakistan’s iron and steel scrap import slightly fell to 992,546 tonnes worth $257 million in July-October against 1m tonnes of imports costing $311m in the same period a year ago.

According to the annual report of the State Bank of Pakistan (SBP), the overall steel production witnessed a contraction of 9.3 per cent in 2015-16 compared to growth of 35.4pc in the preceding year.

Firstly, the liquidity crisis at Pakistan Steel brought its operations to a complete standstill July 2015 onwards. Pakistan Steel contributes 10-15pc of the total steel production in the country. It is the sole producer of pig iron, which is used as an input for making various steel products.

Hence, the suspension of Pakistan Steel’s operations forced steel manufacturers in the private sector to rely on imported pig iron, the report said.

Secondly, the unprecedented decline in international steel prices, coupled with the influx of cheap Chinese steel under the Free Trade Agreement (FTA), squeezed the profit margins of domestic firms. In fact, low-cost steel products from China have posed a threat to many steel manufacturers around the globe.

Hence, imports of steel scrap and steel products increased 35.6pc and 30pc, respectively, in 2015-16. These imports posted extraordinary growth despite the imposition of anti-dumping duties on the import of cold-rolled coils and sheets from China and Ukraine, the SBP report said.

International Steel doubled its capacity with the installation of a second galvanising plant with a capacity of 250,000 tonnes in 2015.

Pig iron had 4pc share in the overall steel production in 2014-15, which fell to zero in 2015-16. As many as 57 local steel makers argue that Chinese manufacturers have resorted to dumping their steel products in other countries by relying on government subsidies, tariff concessions through FTAs and marginal cost pricing mechanisms.

The SBP report said countries such as Bangladesh, Mexico, Brazil, United States and India have countered this threat by imposing countervailing duties, regulatory duties and other non-tariff barriers to protect their local steel industries.

Appropriate tariff barriers are not in place to protect Pakistan’s steel industry because of concessions given through the FTA and incorrect declaration of non-alloy steel goods as alloy steel. Members of the Group of Seven (G7), an informal bloc of industrialised nations, agreed to take steps to tackle a global glut in steel that many blame on excess production by Chinese producers of steel products used in construction and cars. These import duties, which were imposed in January 2016, varied in the range of 8.3pc to 19pc.