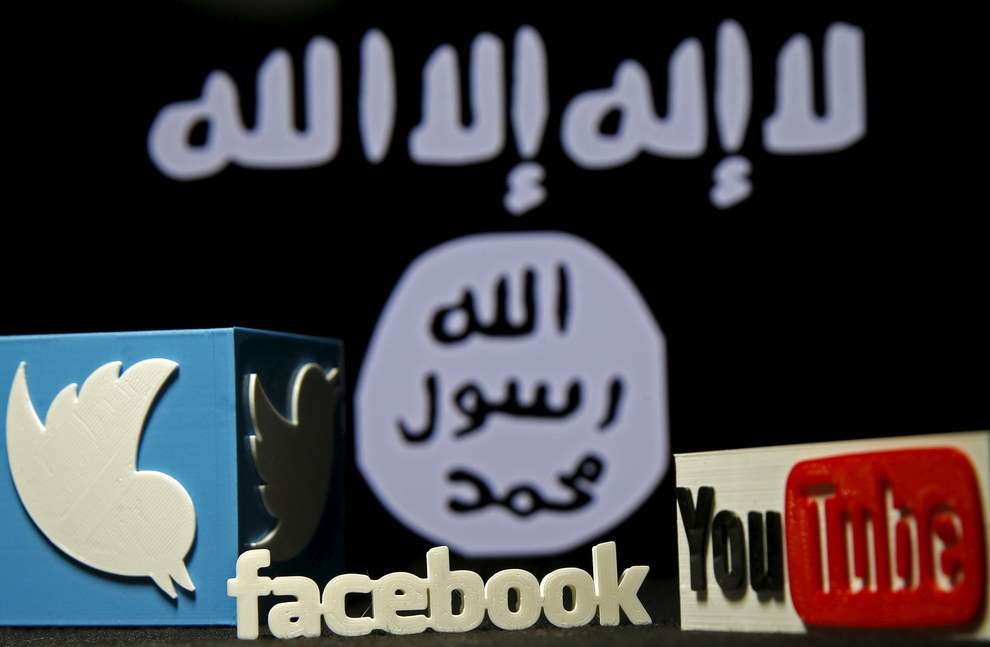 The goal is a relatively uncontroversial one. The militant Islamist group has developed a keen propaganda machine and tech companies like Twitter have been going after accounts run by their supporters

But inside the conference room, as dozens of participants met and workshopped various tactics to battle ISIS’s seemingly inexhaustible PR machine, one thing became abundantly clear — there remains, inside the U.S. government, a huge cognitive dissonance. The DOJ called the meeting in the midst of rising anti-Muslim sentiment across the country, fed by the campaign of Donald Trump, and yet failed to include more than a small handful of Muslims in the meeting. And while the meeting appealed for help from the tech community, tensions between Washington and Silicon Valley are at an all time high as the FBI seeks to set a precedent by forcing Apple to help them break into a phone used by one of the San Bernardino shooters.

The stand-off between Apple and the FBI did not come up during the meeting, though the issues it involves are at the heart of the very things being discussed — as the role of technology in our lives continues its explosive growth, how will the balance between privacy and security play out in the new Silicon Valley-D.C. relationship.

The tension wasn’t lost on participants.

“It’s a weird time to come out to the Valley and ask for help,” one tech executive told BuzzFeed News the week before flying out to the event.

Among the handful of Arab participants who took part in Wednesday’s event, the questions raised felt even greater.

“They wanted to figure out how to fight ISIS online, how to understand the psychology of those who support ISIS, and they invited almost no one who speaks for those of us in the Arab world, and from Arab communities, who have everything to lose from ISIS’ growing popularity,” said one Arab attendee, who estimated that less than 10% of the attendants were of Middle Eastern descent. “They don’t understand this community. That has been proven time and time again with their tone deaf messages. Why hold an event like this where there are ten white men outnumbering every Arab?”

The lack of voices from the Middle East at the event was raised repeatedly, with one attendee garnering applause when they asked why — in a discussion regarding ISIS’ appeal to young Arab-American Muslims — there was no one speaking to their appeal from within that community.

“The lens we use to look at things like radicalization or race issues or any social issue improves dramatically when we have more people from that community involved,” one attendee texted BuzzFeed News after the event.

Another attendee told BuzzFeed News by phone Thursday, “They are asking the wrong questions.” 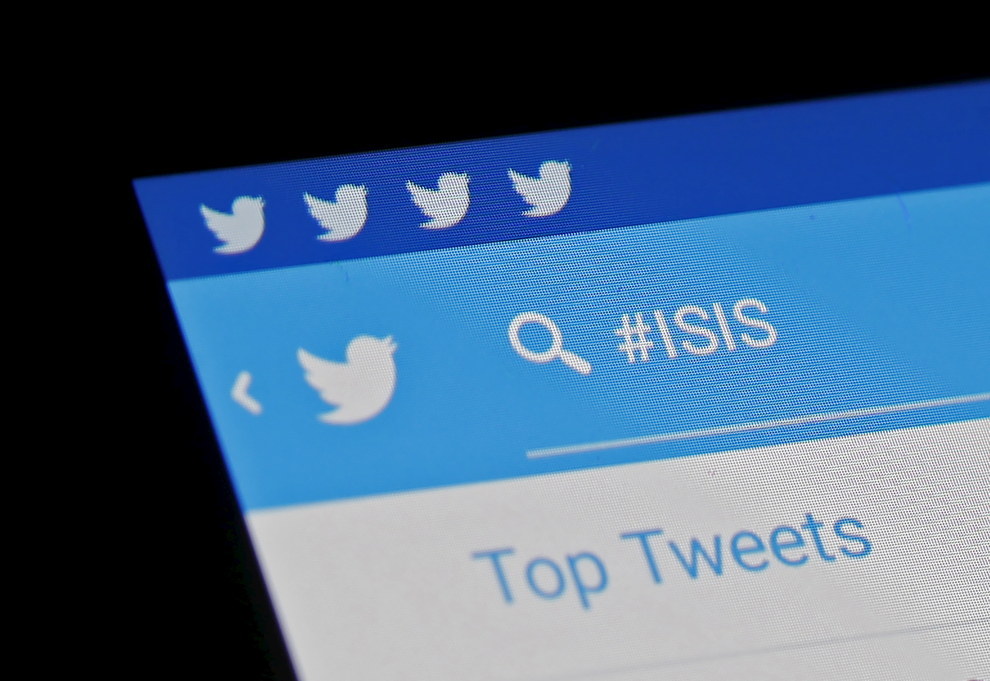 The event was originally named “the Madison Ave. Project” reflecting the marketing and branding experts the White House hoped to call in. It evolved into the “Madison Valley Project” with the inclusion of tech companies, and finally the “Madison Valleywood Project” with the inclusion of film and entertainment industry leaders. Like its name, few thought the various sectors could, and would, come together.

Other media outlets, who were leaked a list of attendees, revealed that Microsoft, Facebook, Apple, Google, Mediacom and Edelman were among those attending from Hollywood and Silicon Valley. In a statement, the Department of Justice noted that Assistant Attorney General for National Security John Carlin, U.S. Chief Technology Officer Megan Smith, and Senior Director for Counterterrorism on the National Security Council Staff Jen Easterly took part in the meeting.

“The Administration is committed to taking every action possible to confront and interdict terrorist activities wherever they may occur, including in cyberspace,” read a statement about the event released by the Department of Justice on Wednesday. We are using this engagement and others to enlist the help of industry leaders and experts in our effort to ensure we bring the most innovative private and public sector thinking to all aspects of combating terrorism.”

BuzzFeed News was invited to attend the event Wednesday, which took place at the Department of Justice with a reception afterwards, on the condition that it, like all in attendance, follow the Chatham House rule — attendees are free to use the information from the discussion but not identify those attending or the specifics of what they said. All people quoted in this article were spoken to before or after the event, under the condition that their names and titles be withheld. It was unclear why no other press was invited.

Most attendees were hopeful that something could be done to fight ISIS online, and saw current efforts to do so as lacking, with campaigns like the State Department’s message to potential militants — “Think Again, Turn Away” — being called “embarrassing” and ineffective.

“It’s a great thing for them to be doing but I felt like they were positioning it wrong. It’s not just about ISIS communication online, it’s about why that communication is effective,” said one attendee. “Why Arabs, even those like us that are second and third generation Arabs in the West, feel isolated. The content to fight ISIS has to come from the Arab World. You need people who understand what we are feeling and why, who understand what the actual messages are that can then be spread by Silicon Valley companies and Hollywood and everyone else gathered up at the White House.”

Yet it remained unclear, at the end of the meeting, how that anti-ISIS content would actually be produced — or what role tech companies would play in promoting content that opposed the propaganda spread by ISIS.

“We aren’t in the business of making content, someone else needs to be the one doing that at the start of the pipeline before we can get involved,” said one Google representative, who spoke to BuzzFeed by phone last week on condition of anonymity because he was not allowed to speak publicly on Google’s talks with the government..

Over the last year, the government has stepped up its overtures to Silicon Valley, meeting with tech executives in January on the subject of combatting ISIS online. The Department of Defense has opened an office in the San Francisco area, and the State Department has recently appointed its first representative to Silicon Valley. Tech executives who have met with the Pentagon team told BuzzFeed News that some of their requests have been “jarring.” In at least one case, the Pentagon spoke with several companies — who asked not to be named as a condition of discussing the meeting with BuzzFeed News — about tweaking their algorithms to promote certain types of content. Both Google and Facebook have made it clear that they would not make changes to their algorithms to bury results supportive of ISIS.

“That’s something that is always brought up in meetings. And it shows how little they understand us,” said the Google representative. “This is a pandora’s box we won’t open, because if we answer a request by the U.S. government to feature one search result over another what’s to stop other countries from requesting the same? What’s to stop each country from tailoring the search results of their citizens to their agenda? It’s not a path we are willing to explore.”

With much taken off the table, it was unclear, going forward, what concrete steps each party would take. When the hallways were emptied of guests and the final evaluations made, few were certain if there was any chance of success.

At its core, said many attendees, the issue was the basic distrust the tech and entertainment companies have in the government, which has been amplified by the unprecedented attempt to force Apple to help the FBI break into an encrypted phone, and the strong stance taken by tech companies including Google, Microsoft, and Facebook to stand behind Apple.

“It’s like, you’ve been asked to partner up and dance with the bully at school who keeps trying to trip you in the hallways,” one attendee told BuzzFeed News after the event. “And even though you want to learn to dance there isn’t a lot of trust to build on.”

An attendee from the government side told BuzzFeed News by phone, “We need help, but it’s like, one part of government keeps fucking this up for other parts of government. We can’t seem to get it right.”