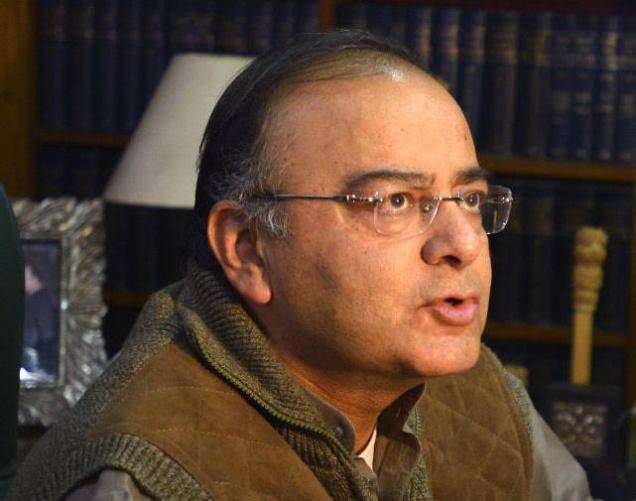 Indian Finance Minister Arun Jaitley on Sunday claimed that Pakistan was directly involved in Kashmir unrest that has engulfed the Valley for almost two months now, adding that the security of India would not be compromised at any cost.

The Indian minister alleged that Pakistan was waging a proxy war in India, saying Pakistan began to send terrorists to infiltrate India after losing both the 1947 and 1965 wars.

Jaitley emphasised on the active involvement of Pakistan in the unrest occurring in Indian-held Kashmir, besides separatists and divisive forces. “And once again, in a new way, the unity of this nation has been attacked,” he went on to say.

“Under the leadership of Prime Minister Modi, we have three clear priorities for Jammu and Kashmir. First is that there will be no compromise with the security of this nation and those who threaten with violence. Secondly, the focus is on the development of the state, which the Congress and the National Conference refused to address for seven years. And third, as BJP has a stronghold in Jammu, Nirmal Singh should think about gathering resources from the Centre to contribute to the state’s development,” Jaitley said.

Jaitley meanwhile appeared to support police in a row over free speech that saw Amnesty slapped with sedition charges for an event about the disputed Kashmir region.

Police in the southern city of Bangalore filed the initial charges last week following complaints that slogans on independence for the troubled region had been chanted at the event organised by the rights group.

Jaitley compared the freedom slogans to those at another event earlier this year at a prestigious New Delhi university that saw a student leader arrested on sedition charges.

“During an event in Bangalore, there were slogans for freedom (from India)… it was organised by a group that receives a lot of funding from abroad,” Jaitley said at a rally in the Jammu part of the Himalayan state that includes Kashmir, without directly naming Amnesty.

“In Delhi, there were slogans calling for destruction of the country… raising slogans that advocate breaking the nation into pieces cannot be seen as freedom of speech and expression,” he said.

Jaitley was referring to the rally in February at the university in which slogans were chanted that led to the student’s arrest, sparking a major row over freedom of expression in India.

Sedition carries a maximum penalty of life imprisonment, although convictions are rare.

In the latest case Amnesty denied its staff made any such comments on independence for Kashmir. It said the charges showed a lack of “fundamental rights and freedoms in India”.

Amnesty has said the event was focused on human rights violations in Indian-administered Kashmir which has been reeling from weeks of deadly violence between protesters and security forces.

Police have said they will investigate who made the comments following complaints from a Hindu nationalist student group.

Rights campaigners have long accused India’s governments of using the British-era sedition law to clamp down on dissent.

Sedition charges have been used in the past against supporters of independence for Kashmir.

At least 63 civilians have been killed and more than 6,000 injured in the most recent clashes between protesters and security forces, sparked by the killing of a top militant.