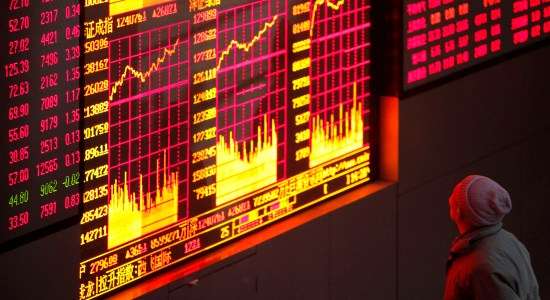 Too big to fail – China maps out its Trump strategy

When Donald Trump becomes U.S. president next month, one issue above all others could force his new administration to work closely with China and underscore why he and Beijing need each other – North Korea.

A nuclear armed North Korea, developing missiles that could hit the U.S. west coast, is clearly bad news for Washington but also Pyongyang’s sometimes-reluctant ally Beijing, which fears one day those missiles could be aimed at them.

“There is enormous space for the two countries to cooperate on North Korea. The two must cooperate here. If they don’t, then there will be no resolution to the North Korean nuclear issue,” said Ruan Zongze, a former Chinese diplomat now with the China Institute of International Studies, a think-tank affiliated with the Foreign Ministry.

“It’s no good the United States saying China has to do more. Both have common interests they need to pursue, and both can do more,” he added.

North Korea is a tricky proposition even at the best of times for China, and simply easing up on U.N. sanctions as a way to express displeasure at Trump’s foreign policies could backfire badly for China, said one China-based Asian diplomat.

“They can’t really do that without causing themselves problems,” the diplomat added, pointing to China’s desire to denuclearise the Korean peninsula.

From North Korea to Iran to a closely entwined business relationship worth $598 billion in 2015, the two countries have broad common interests, and China expects Trump to understand that.

While China was angered by Trump’s call this month with Taiwan President Tsai Ing-wen, and then casting doubt over the future of the “one China” policy under which the U.S. recognises Taiwan as being part of China, it was also quite restrained, said a senior Beijing-based Western diplomat
“China’s game now is to influence him and not antagonise him,” he said, speaking on condition of anonymity.

China believes the two countries need each other, and as Trump is a businessman he understands that, the People’s Daily’s wrote last month.

“The importance of the China-U.S. relationship goes without saying, and can be said to be too big to fail,” the communist party mouthpiece wrote in a commentary.

China also expects a transactional relationship with the deal-making Trump, especially on trade, even if for Beijing Taiwan is completely off limits for negotiation.

“Trump is a businessman. He wants a deal,” a source with ties to the Chinese leadership told Reuters, requesting anonymity. “He wants the biggest benefit at the smallest cost.”

On the campaign trail, Trump threatened punitive tariffs on China, and has recently repeated his criticism of Chinese trade policy, dovetailing with his Taiwan comments.

“This is provocation, but war is unlikely,” a second Chinese source with leadership ties said of Trump’s Taiwan moves.
“The Chinese side will not easily yield,” the source said. “We expect tensions.”

TRADE INTERESTS
Wang Huiyao, head of the Centre for China and Globalisation and a government adviser, said China should invite the United States to join the Beijing-lead Asian Infrastructure Investment Bank.

“He will pursue U.S. interests and to do so he cannot ignore the huge benefits that come from China-U.S. trade relations,” Wang said.

The Asian diplomat said some Chinese officials had expressed “euphoria” at Trump’s election, believing it marked the end of U.S. dominance in the world and represented China’s chance to seized the initiative.

But Trump’s unexpected move to put the Taiwan issue centre stage in relations with China had put an end to that.
“They’re not as happy now,” he said.

To be sure, there are voices in China seeing opportunity in a Trump presidency.
Huo Jianguo, former head a trade policy body under China’s Commerce Ministry, said Trump is likely to reduce the United States’ engagement with the world, presenting an opening for China.

“Under Obama, China-U.S. relations had already deteriorated to their worst possible level. Trump will not continue to ratchet up what were clearly ideological attempts to suppress China,” Huo said.

“China should not seek to immediately take the lead in global governance. They should first lead RCEP to become successful, then from here China’s global influence can take root,” Huo said, referring to a Southeast Asian-backed free trade deal China has championed.
Even the Global Times, an influential and normally stridently nationalistic tabloid, has sought to temper expectations on how China could use a Trump presidency to its advantage.

“China still cannot match the U.S. in terms of comprehensive strength,” it said in an editorial. “It has no ability to lead the world in an overall way, plus, neither the world nor China is psychologically ready for it. It’s beyond imagination to think that China could replace the U.S. to lead the world.”