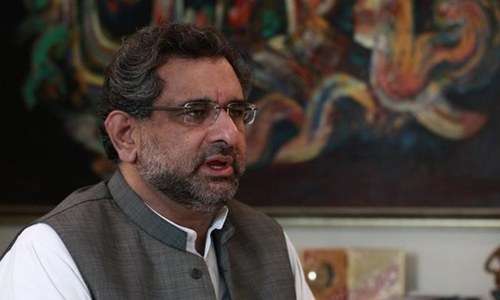 The federal government has urged chief ministers of the four provinces for a second time in two weeks to make up their minds about concerns over proposed reforms in the gas sector, which envisage unbundling of two major companies into several public- and private-sector companies and absorption of increasing quantities of imported liquefied natural gas (LNG).

The Inter-Provincial Coordination (IPC) Committee led by IPC Minister Riaz Hussain Pirzada had on Aug 7 deferred discussion on gas sector reforms after the chief ministers had expressed their inability to firm up their positions on the matter due to late circulation of the relevant files.

The government has convened another meeting of the committee on September 19. Among other issues, the meeting is expected to discuss provincial complaints against the federal government for alleged violation of some articles of the Constitution, the LNG policy and gas sector reforms.

While the provinces generally support reforms in the gas sector, almost all of them oppose its unbundling in the manner in which it was carried out in the power sector on advice of the World Bank. They say that unbundling of the Water and Power Development Authority (Wapda) created more problems than it solved.

The provinces want to have their representatives on the boards of the proposed provincial gas companies along with management control and seek the transfer of shareholding from prime minister to the four chief ministers.

The finance ministry has called for more deliberations on various aspects of the proposed two-tier gas market system in view of the government’s plans to purchase natural gas through transnational schemes like the Iran-Pakistan and Turkmenistan-Afghanistan-Pakistan-India pipeline projects as well as the schemes involving imported LNG.

The ministry led by Ishaq Dar believes that because the power sector and industrial units were the major consumers of gas, besides the domestic users, the opinion of water & power, industries and production divisions should also be taken into consideration.

Sources told Dawn that Sindh government had objected to what it called the non-implementation of Articles 158 and 172(3) of the Constitution. It feels aggrieved that even though it produces more than 68 per cent of the country’s gas it is being provided only 44 per cent of it, leading to shortages there.

Punjab, facing the worst kind of shortages, supports reforms in the gas sector. The province will be depending largely on imported LNG but has expressed concerns over the unbundling of the two main gas companies, saying the country is facing numerous difficulties after the unbundling of Wapda and the same experiment should not be repeated.

Before the unbundling of Wapda the government used to deal with just one organisation having a strong balance sheet. But now responsibilities and blames are routinely shifted from one company to another. Also, there’s no longer a company that could build projects like the Bhasha dam, Punjab has said.

The province has also put on record that its industrial units, particularly in the textile sector, were using LNG at $10 per MMBTU while gas for domestic consumers is available at half that price, making its users uncompetitive as compared to their counterparts in the other provinces.

For its part, Khyber Pakhtunkhwa has opposed a single transmission company for supplying gas and four provincial distribution companies. “Unbundling [of gas companies] is supported but not the way the power sector was unbundled, causing choking of the power sector,” a senior official of the province said.

The province has said that Sui gas companies should be unbundled on geographical basis, keeping transmission and distribution systems intact under the provincial management for synchronised efforts.