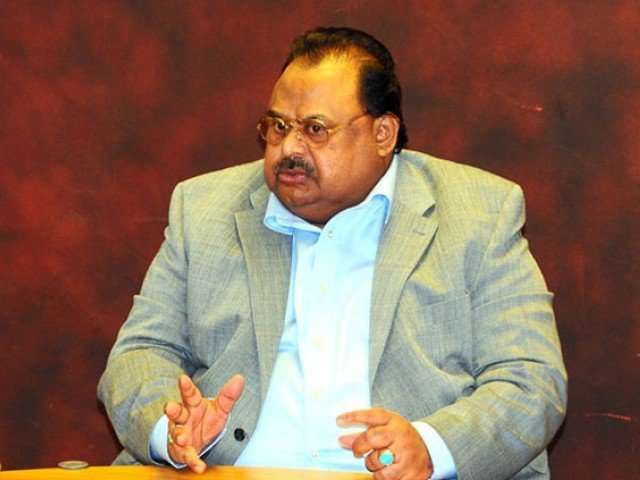 The federal government on Tuesday approved issuance of ‘red warrant’ for Muttahida Qaumi Movement (MQM) founder Altaf Hussain to bring him back to Pakistan for recording his statements in various cases registered against him. An official source said that Interior Minister Chaudhry Nisar Ali Khan has approved the issuance of ‘red warrant’ for the MQM founder, following a request of home department of Sindh, because he is wanted in different cases in Pakistan.

An anti-terrorism court (ATC) on January 19 had reportedly asked the Sindh police to approach the Federal Ministry of Interior to get a ‘red warrant’ issued against the MQM founder in three identical cases pertaining to his August 22, 2016 anti-state speech. The official said the ATC had ordered the government to arrest the MQM founder through Interpol and produce him before the court.

The MQM founder had raised anti-Pakistan slogans during his telephonic address to party’s workers on August 22, 2016, prompting a strong reaction from all sections of society. The official said the purpose of Interpol’s red notice is to seek the location of a wanted person and his/her detention, arrest or restriction of movement for the purpose of extradition, surrender, or similar lawful action.

He said the district police officer (DPO) concerned or officer in-charge of the same level of the requesting law enforcement agencies (LEAs) forwards the request for issuance of the Interpol notice to the inspector general of police (IGP), who forwards the same to the home department (provincial government) for onward submission to the Ministry of Interior. After the approval, the Ministry of Interior refers the same to the director general (DG) Federal Investigation Agency (FIA), head of NCB-Interpol, Islamabad, he added.

He said the NCB-Interpol of the FIA reviews the request approved by the minister of interior and collects required documents for issuance of red notice. The requirement of red notice includes red notice application form, copy of an FIR, statement of witnesses, summary of the case, warrant of arrest under section 204 of Code of Criminal Procedure (CrPC) issued by the court, proclamation order against accused under sections 87 and 204 of CrPC by the court, photograph and travel documents of the accused, etc. The FIA sends the required documents for issuance of red notice to Interpol headquarters, he added.

The official said the Interpol’s legal wing will review the request of Pakistan for issuance of red warrant to ascertain whether the case is political or criminal. “If the Interpol determines that the case is criminal then red notice will be circulated to police in 192 members countries for action against the accused,” he said, adding that red notices contain identification details and judicial information about the wanted person.