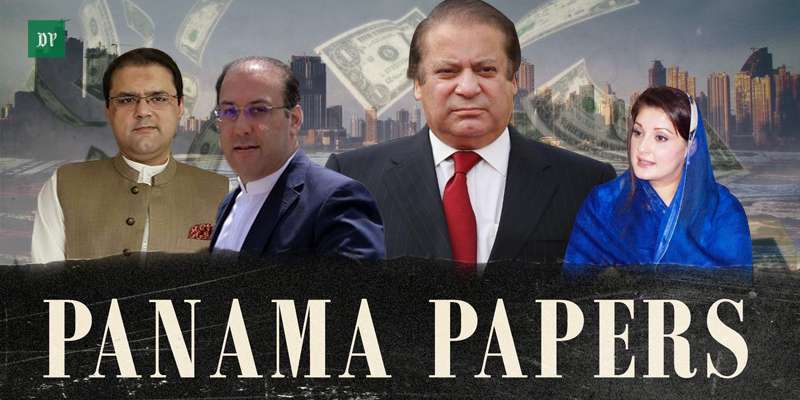 Joint Investigation Team probing the Panama Papers case disclosed before the Supreme Court on Monday that some government institutions’ forgery and tampering with documentary evidence led to impediments in interrogations in the case. Appearing before a three-judge special bench led by Justice Ejaz Afzal Khan overseeing the implementation on the Supreme Court’s verdict in Panama Papers case, JIT head Wajid Zia informed this to the bench while submitting reply in response to a plea filed by Prime Minister Nawaz Sharif’s son Hussain Nawaz for Supreme Court’s orders over alleged recording of JIT proceedings and his leaked photograph in social media.

Terming the allegation of Hussain Nawaz baseless, Wajid Zia submitted through written reply, “JIT and its members and its proceedings are being deliberately and maliciously targeted on the basis of unsubstantiated and baseless allegations.” However, he said that immediately upon becoming aware on June 05, 2017 of circulations of Hussain Nawaz’s image in social media the JIT initiated a comprehensive probe, adding that within 24 hours a culprit was identified and the individual was removed from assigned duties and reverted to his parent department where disciplinary action has been taken against him after an inquiry.

“The inquiry has conclusively established that the circulated image of the applicant is not actual video footage of any interview of the applicant. It is a still image – likely a photographer or screen shot taken from one of only two monitors connected to the video camera in the interview room of the JIT in the premises of the Federal Judicial Academy,” the JIT reply said.

The reply submitted that the JIT has established that dissemination of Hussain Nawaz’s image was the unilateral, unauthorised act of a sole individual who didn’t have the express, implied or implicit consent or acquiescence of any member of the JIT.

Wajid Zia also informed the court that Hussain Nawaz had been summoned on May 28, 2017 with all relevant record but he appeared without any record and refused to answer any questions put forth by the JIT on the pretext that the matter is sub judice before the Supreme Court, saying Hussain Nawaz requested the JIT to summon him on another date.

During the course of proceedings, Khawaja Haris, the counsel for Hussain Nawaz raised a question that under which law or authority the JIT was recording statement of his client on video during interrogation in the current matter.

To which Justice Ejaz Afzal Khan asked Khawaja Haris to cite a provision of the law which bars the JIT from video recording the statement in the matter. Justice Ejaz Afzal Khan further said that the bench will examine and consider the law point, once the counsel cites a law or judgement in order to substantiate his argument. A member of the bench Justice Ijazul Ahsan observed that there are serious allegations in the JIT report that certain departments of the government are involved in forgery, tampering and altering the documentary evidence produced before the JIT.

Justice Ijazul Ahsan further observed that statement of video recording will not be used as evidence against them (accused or witness) but the recording is meant for transcript purpose for accuracy as the JIT is running short of time in the current matter. The bench asked Additional Attorney General for Pakistan Waqar Rana to file reply in response to the allegations of the JIT being Federation’s representative instead of a party lawyer.

Justice Ijazul Ahsan without uttering the name of National Bank of Pakistan President Saeed Ahmed asked Waqar Rana to assist the court whether a state functionary is supposed to write a letter to the Supreme Court and release the same to media after appearing before the JIT.

The bench also asked Waqar Rana to examine the JIT reply on the leakage of Hussain Nawaz’s photo from CCTV footage and submit response pertaining to allegations of the JIT in the matter. Besides, the bench directed the Additional Attorney General if he deems fit, the JIT reply should be made public and a copy of the same should also be provided to Hussain Nawaz’s counsel. Later, hearing of the matter was adjourned till June 14.