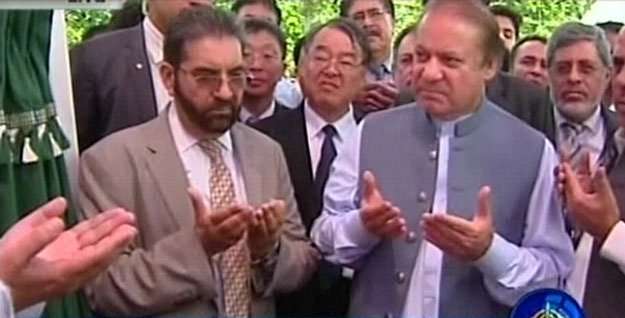 President Mamnoon Hussain here on Monday inaugurated the Fauji Fertilizer Power Plant with a generation capacity of 118 mega watts. Addressing a ceremony to mark the occasion, he said the coal powered plant at Bin Qasim was an important addition to the public-private initiative against energy deficit in the country. He said, “Pakistan is steadily improving its power generation capacities and the recent addition through Fauji Foundation plant will be equally beneficial for Karachi.”

Appreciating active involvement of the private sector in the endeavour, President Mamnoon Hussain said the joint efforts would help country overcome power shortage by the next year. He said the government had formulated an efficient Energy Policy that had largely moved country towards the path of economic prosperity and this growth has to be sustained on strong and steady basis.

“The government is also equally focused towards the agriculture sector and for the purpose has not only reduced the price of fertilisers but also enhanced purchase rates for wheat,” he said, adding that this would ultimately benefit the farmers. President Mamnoon Hussain on the occasion also took exception to elements trying to disrupt the ongoing development process in the country.

With regard to China Pakistan Economic Corridor (CPEC), he said “the multi-pronged project once fully activated will propel the country towards exemplary political and economic heights.” “It will definitely be a new milestone,” said the President of Pakistan reiterating that no change has been made in the route envisaged under the original CPEC plan. He urged the countrymen to join hands in the process of country’s development and prosperity.

“The efforts underway reflect positive sign and according to available indicators Pakistan will achieve seven percent growth rate by 2019,” said President Mamnoon Hussain. Highlighting importance of peace, he said the state at every level is committed to Operation Zarb-e-Azb, Karachi Operation and Balochistan Operation and these will be continued till their complete success.

Expressing his confidence that terrorism may not in any manner stage back its presence, he said people of Karachi and Fata had been the worst hit victims of terrorism. “Things are, however, fast improving,” said the President mentioning Governor of Sindh, Muhammad Zubair will play an important role towards the development of Karachi and Sindh. He on the occasion also distributed shields and awards among Fauji Fertilizer Plant’s officers and workers.