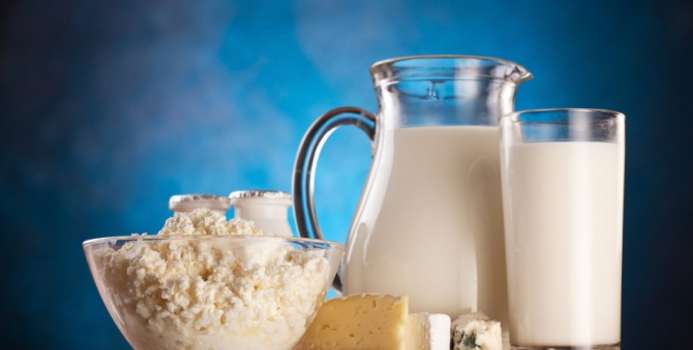 Regulatory duty on skimmed milk may be raised further

The government is considering jacking up regulatory duty by 10 to 15 percent on skimmed milk, increasing the duty rate from 25 percent to 40 percent for the upcoming budget 2017-18.

If this raise in Regulatory Duty (RD) is made part of the upcoming Finance Bill 2017, the overall duty including Customs Duty (CD) and RD will go up to 55 to 60 percent in the next financial year 2017-18 from the existing rate of 45 percent on import of skimmed and powdered milk in outgoing fiscal year 2016-17.

According to the FBR’s working paper comprising proposals which were being placed before Federal Finance Secretary Tariq Bajwa and Special Finance Secretary Shahid Mehmood, the government is actively considering for increasing Regulatory Duty (RD) on import of powdered milk or concentrated milk for the upcoming budget.

On import of milk and cream not containing added sugar, its import increased by 770 percent from financial year 2012-13 to financial year 2015-16. On imported milk and cream concentrated or containing added sugar, the value of imported these items increased from Rs 10 billion in 2012-13 to Rs 17.6 billion in 2015-16, registering an increase by 76 percent.

Total imported milk and dairy products had gone up from Rs 12.4 billion in 2012-13 to Rs 21.3 billion, registering a positive growth by 71 percent over these years.

In first nine months (July-March) periods of financial year 2015-16 to ongoing fiscal year 2016-17, on milk and cream not containing added sugar, its import in terms of both quantity and value decreased significantly to the tune of 79 percent during these two comparable periods.

The imported whey & products consisting of natural milk has gone up in quantity by 15 percent and in value by 56 percent. The butter and dairy spread imports has increased by 432 percent in value terms while import of cheese and curd went up by 48 percent. Now the case has been built to increase the RD to discourage imports of powdered milk for the upcoming financial year 2017-18, concluded the sources.