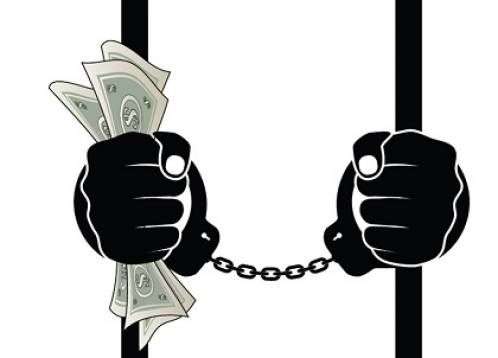 Securities and Exchange Commission of Pakistan (SECP) on Thursday said it had set up a cell to check and prevent money-laundering and terror financing activities in the capital and financial markets.

“In line with the present government’s agenda of combating money laundering and terrorist financing activities, the SECP has established an Anti-Money Laundering (AML) Cell to effectively address any potential of money laundering within the capital markets, insurance, the NBFCs (the non-banking financial companies) and the not-for-profit corporate sector,” the watchdog said in a statement.

“The AML cell comprises of senior SECP officers from each supervisory area.” The SECP has approved thresholds for various sectors for reporting of investments made in securities markets, the NBFCs and the insurance sector.

For AMCs, modarabas and NBFCs, the threshold is of Rs100 million for corporate entities, Rs50 million for trusts and Rs10 million for individual investment.  Statement said no reporting will be required of financial institutions, public listed companies, licensed entities, AMCs, mutual funds, insurance companies and government administration and entities investing in AMCs, modaraba and NBFCs.

“Further, any donation of Rs5 million or more from a single source to a not-for-profit will also be reported to the SECP.” It added that the cell will develop a database of such reports for its analysis on a consolidated basis and initiate further probe wherever needed.

“The efforts are expected to curb the potential of any ill-gotten money finding its way into the capital markets, the NBFCs, corporate not-for-profit organisations and the insurance sector of the country,” SECP said.

The establishment of cell and consolidated supervision by the SECP will bolster its efforts to curb money laundering menace and will help Pakistan attain a compliant assessment from the money laundering international assessors during the upcoming AML mutual evaluation assessment due in 2018.

According to the US State Department estimates, Pakistan loses $10 billion a year to money laundering. The government, under global pressure, has taken a number of steps to shut down loopholes used by criminals and terrorists to launder money in financial sector.

The Pakistan Stock Exchange (PSX) is one of the five best performing markets in the world and last year it had sold 40 per cent strategic shares and management to a Chinese consortium. The market’s benchmark index continues to soar to record highs — up 43 percent last and had raised many-fold over the past four years. But analysts said at least some of that performance came on the back of an amnesty that allowed people holding black money to invest in the market.