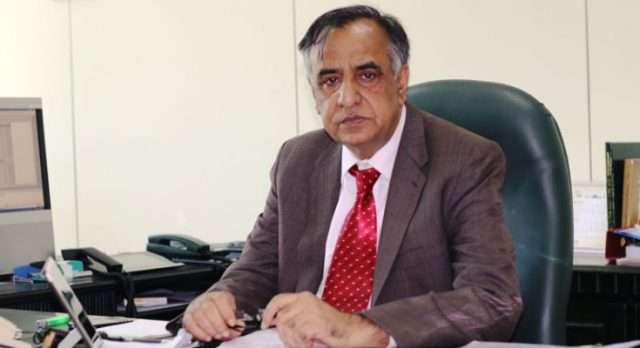 Senate may take up resolution against SECP chief today

The Senate is likely to take up on Thursday a resolution calling for the removal of Zafar Hijazi, Chairman of the Securities and Exchange Commission of Pakistan, from office.

The architect of the resolution Senator Saleem Mandviwalla told Dawn that it was for the first time that parliamentarians had voiced concern over mismanagement of the government.

A large number of senators are planning to present another resolution against the appointment of Tariq Bajwa as governor of the State Bank of Pakistan.

“Now we are bringing a resolution against improper appointment in the State Bank because the regulatory bodies not only have to be neutral and apolitical but also competent,” Senator Mandviwalla said.

He said that Mr Bajwa did not meet the basic requirements to head the central bank as he was a career bureaucrat and within days of his retirement as finance secretary on June 18, 2017, the government appointed him SBP governor.

“The government should have selected a banker or an economist,” Senator Mandviwalla said.

The ruling Pakistan Muslim League-Nawaz has 25 Senators in the upper house of parliament against the Pakistan Peoples Party’s 26, but the difference becomes wide when the opposition gets support from other parties.

There are 10 independent Senators who have their divided stance when it comes to supporting the PML-N.

The government allies Jamiat Ulema-i-Islam-Fazl has five Senators, Pakhtunkhwa Milli Awami Party and the National Party have three each. Besides four parties with divided stance have one Senator each.

The resolution against Mr Hijazi has been signed by 40 senators and a PTI lawmaker said that the government could not buy votes to stop this resolution from getting approved.

SECP spokesman Usman Hayat did not respond to a query by Dawn, but a senior official of the SECP’s Law Department said that the resolution had no standing because parliamentary resolutions were not binding on the government.

Senator Mandviwalla said the performance of the commission had started to suffer after Mr Hijazi became a controversial figure and the employees were not able to perform their routine functions.

Among other things two meetings of the SECP Policy Board have been delayed, causing resentment among the employees as its main agenda item was the approval of the commission’s budget for 2017-18. The other agenda items included approval of bonus and salary increase for SECP employees.