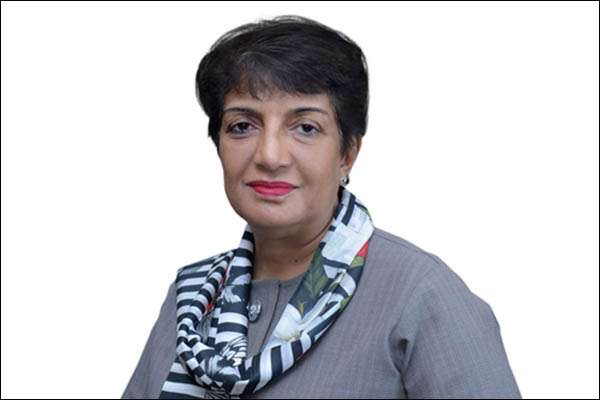 Sima Kamil has been appointed as the first woman chief executive officer and president of United Bank Limited. The UBL’s board of directors has made a decision to replace Wajahat Husain, where Sima Kamil will take up her role on June 1, 2017. She will be the first woman to be the CEO of a major bank in Pakistan, after the approval of the regulatory authority. According to a letter written to Pakistan Stock Exchange by the bank, the appointment of Kamil by the bank’s board of directors has accorded for her appointment as the president and CEO.

At present Kamil is serving as the deputy CEO of UBL and will be assuming the position of President and CEO of UBL, following expiry of tenure of contract of the existing President and CEO Wajahat Husain (Which expires on May 31, 2017) subject to SBP’s fit and proper test clearance.

The board members expressed good wishes for Sima Kamil and welcomed her to the UBL family. The Board of Directors of UBL, in its meeting held on March 24, 2017, regretted to note that Wajahat Husain, President and CEO UBL is not seeking an extension in his contract for personal reasons.

The board recognised and appreciated efforts of Husain as an effective leader. During Husain’s tenure, UBL recorded unprecedented growth in financial results and has been a recipient of several prestigious awards and accolades. The board noted with that during the tenure of Husain, the bank was rated as “Best Bank” at the inaugural Pakistani Banking Awards in the 2016. The entity rating of the bank also improved to AAA (Triple A). The Board placed on record the meritorious services rendered by Husain and wished him good luck in his future endeavours.