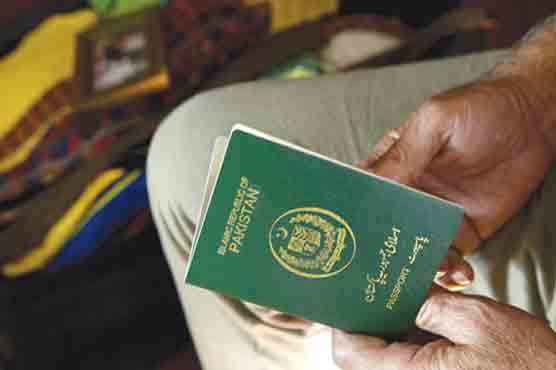 United States – No plan for travel ban on Pakistanis

The Trump administration has no plan to ban Pakistani citizens from travelling to the United States because Pakistan is providing the data they need to vet a visitor, US officials say.

In recent briefings to various media outlets, White House officials also said the administration had no plan to add other countries to the list of seven Muslim countries whose citizens were barred from travelling or migrating to the US.

White House Press Secretary Sean Spicer explained that Afghanistan, Pakistan and Lebanon were among the countries which were providing the information needed to scrutinise travellers. But he warned that if this cooperation changed, these or other countries could also be added to the list. The US Department of Homeland Security (DHS), however, was more categorical in assuring the 40 non-designated Muslim countries that Mr Spicer mentioned in his statement.

“Importantly, these seven countries are the only countries to which the pause on entry applies. No other countries face such treatment. Nor have any other countries been identified as warranting future inclusion at this time,” the DHS said in a statement.

Another White House spokesperson told BBC that reports of banning travellers from other countries were just rumours. “There’s nothing imminent that I’m aware of,” the spokesperson added.

Other White House officials said that even the Obama administration had problems with the seven countries now facing the travel ban as they were not providing the data needed to scrutinise their citizens. But a passage in the Jan 27 executive order leaves the option to expand the list open, causing worries and rumours across the Muslim world.

“At any point after submitting the list described in subsection (e) of this section, the secretary of state or the secretary of homeland security may submit to the president the names of any additional countries recommended for similar treatment,” it said.

But the DHS, while ruling out the possibility of expanding the list in the near future, said the aliens affected by the 90-day pause on travel were also getting “case-by-base exceptions and waivers, as outlined in President Donald Trump’s executive order, “Protecting the Nation from Foreign Terrorist Entry into the United States”.

“This pause does not apply to Lawful Permanent Residents, dual citizens with passports from a country other than the seven listed, or those travelling on diplomatic, Nato or UN visas,” it said.

“Special Immigrant Visa holders, who are nationals of these seven countries may board US-bound planes and apply for and receive a national interest exception to the pause upon arrival.”

The DHS explained that it was working with the State Department and the Office of the Director of National Intelligence to conduct a country-by-country review of the information provided by other governments for their nationals to apply for myriad visas, immigration benefits, or otherwise seek admission into the US.

“This review is needed to ensure that individuals seeking to enter the US are who they claim to be and do not pose a security or public-safety threat,” the statement added.