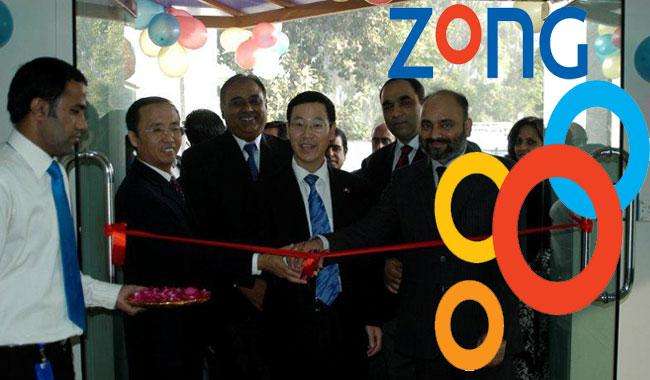 China Mobile Pakistan (ZONG) plans to invest additional $200 million in 2017, the company said on Monday, ramping up competition among telecom providers in a growing market.

The statement said the company aims to expand its network by adding 3G/4G sites which are poised to reach the highest mark of 10,500 by the end of 2017.  Zong had already invested three billion dollars in Pakistan in the recent years and is the first to invest in the auctioned 3G and 4G licences two years back. The company started its operation in the country in April 2008.

“With additional investment and network expansion, Zong intends to expand its coverage 4G coverage to not only urban but also rural areas of the country,” it added. Zong’s 4G subscribers have reached a record two million, while it has expanded its 4G coverage to over 300 cities across Pakistan.

Number of mobile users surpassed 140 million-mark, equivalent to 77 percent penetration rate in the country’s population of 200 million.  Amsterdam’s VimpleCom Ltd-owned Mobilink holds the market leadership. It had 41 million cellular subscribers as of December 2016, said the Pakistan Telecommunication Authority (PTA). Together with its newly-acquired telecom operator Warid, the twin now has more than 50 million mobile users.

CMPak played second fiddle to it with nearly 27 million cellular subscribers, according to PTA, followed by Norwegian Telenor (40 million) and Etisalat-owned Ufone (19 million).     Numbers of 3G/4G subscribers still account for a quarter of total mobile subscribers in the country, emboldening an importance of investment and development in the fast data technologies. Total 3G/4G subscribers stood at 37.5 million as December 2016, said the PTA.

In rural areas, 80 percent of the phones are 2G-powered and so, they couldn’t benefit from mobile broadband.   The decision to add more investment in the country was announced after the Zong posted strong financial results in 2016, which “was reflected by company’s positive growth, aggressive network expansion, high quality of service and an increasing trend of revenues.”

The ministry of information technology and telecommunication unveiled a multiple incentives for local as well foreign investors for the development of tech ecosystem in the country. These incentives include 100 percent profit repatriation, 100 percent ownership of equity, seven year tax holiday for venture capital funds and others.

Telecom operators in the country, however, dislike the taxation policies for the sector. They said given the region’s lowest average revenue per user in Pakistan, the raft of taxes on operators as well as consumers is a hurdle in the way of telecom growth and its translation into socioeconomic benefits.

Chairman and Chief Executive Officer Lui Dianfeng at China Mobile, in a recent interview with The News, told high incidence of government taxes inhibited the sector’s growth, citing that 41 percent of the company’s revenue was lost to the taxes.