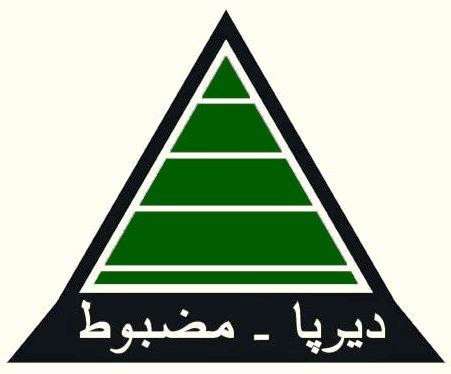 Gharibwal Cement – The Next Rising Star

Gharibwal Cement Limited (GWLC), bearing an installed cement capacity of 2.1mn tons (6700 ton per day clinker), is located in Ismailwal, Pind Dadan Khan Tehsil, Chakwal District, Punjab. GWLC’s products are sold under the brand name of ‘Paidar cement’. The company has a hybrid plant with 60% Chinese components and 40% European components and owns a quarry of prime limestone and shale, having reserves sufficient for 200 years.

GWLC owns a market share of 3.3% while in terms of installed capacity the share stands at 5%. While the company’s capacity utilization remained significantly below industry (62% in FY16), its gross margins are comparable to industry (40% in FY16 vs. an industry average of 44%).

The company has an installed power generation capacity of 38MW (3 dual fuel, 2 FO based and 2 gas based engines) vs. a requirement of 28-29MW. The benefits of low cost in-house power generation were rightfully witnessed in FY16 where the gross margins of the company jumped from 31% in FY15 to 40% in FY16, as the company utilized its FO based engine post decline in oil prices. Resultantly, the earnings of the company jumped by a massive 110% YoY to Rs6.73/sh during the year.

Moreover, with improved profitability in the past two years, the company has been able to reduce its debt burden from 81% in FY14 to 43% in FY16, which should provide comfort to investors, in our view.

In terms of multiples, the company trades at a trailing P/E of 9.12x and EV/EBITDA of 6.1x (a discount of 36/29% to industry average), which we believe is unjustified given company’s growth prospects.

A Plethora of projects to fuel earnings growth

GWLC is in the process of improving and expanding its plant’s operations where a number of projects are in process, including:

In order to reduce its operational costs, the company is in the process of installing a conveyor belt on its plant, which will bring down the crushed raw material from quarry directly to the material yard resulting in substantial reduction in the transportation cost of raw material. For this purpose, the company has incurred a CAPEX of Rs750mn (debt portion: 20%). The project is expected to be online by the end of Feb-17.

In addition to in-house power generation capacity of 38MW, the company is currently in the process of installing a 20MW WHR on its line. The project once operational (expected by Mar-17), will lead to a power cost saving of ~Rs10-15/bag or 40-45% of the total power cost. CAPEX incurred for this project amounts to Rs2.4bn with 40% debt financing.

Installation of grinding mill and Silo

GWLC is also undergoing installation of a 250tph, Chinese made, vertical grinding mill on its existing line to improve its product quality and operational efficiency. The mill is expected to be operational by Aug-17.

As per our discussion with the management, the plant will be able to operate at 100% utilization post-installation of the mill. Moreover, a Silo is also being installed in the premises, which will be used for the upcoming clinker line (expansion project). Total cost of the projects amounts to Rs2.3bn with 40% debt portion.

GWLC is all-set to grow bigger with a brown-field expansion project of 2.5mn tons leading to total capacity of 4.6mn tons (expected capacity share of 9% in North region post-expansion from 5% currently).

We highlight that the project’s location i.e. Chakwal, is of key importance, because:

The project entails a total CAPEX of Rs14bn with a debt/equity ratio of 40/60, financial close of which is expected by Mar/Apr-17. The cement line, being installed, is Chinese made, for which an order has already been placed.

Moreover, the company will also install another 250tph grinding mill and a 10MW WHR on the new plant. The project is expected to be operational by early 2019.