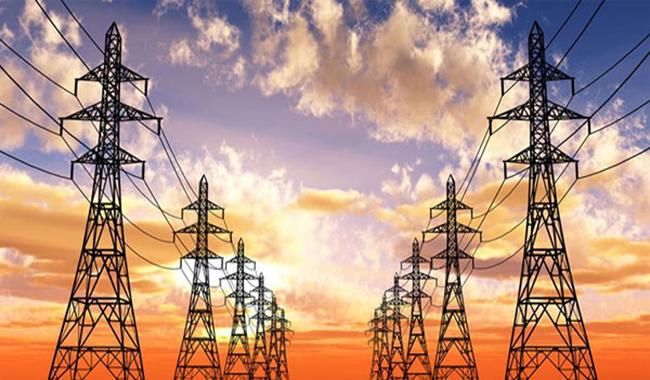 Bounds K-Electric to invest Rs238 billion on generation, transmission and distribution over next seven years; KE restrained from charging meter rent from consumers

ISLAMABAD: The National Electric Power Regulatory Authority on Monday determined integrated multi-year tariff for K-Electric for seven-year period (2016-23) and reduced its base tariff to Rs12.07/unit from existing Rs15.57 a unit, however the power utility has been bound to invest Rs238 billion on power generation, transmission and distribution projects.

The Authority has rebased the tariff and reduced it from existing Rs15.57 kW/h to Rs12.07 kW/h against the claim of KE for Rs16.23 kW/h. The Authority also did not cede to the request of KE to allow tariff for ten-year and decided that seven-year period is reasonable allowed tariff period to provide certainty to the utility to raise debt and invest.

To ensure transparency and objectivity and keeping in mind the comments of the interveners and commentators, tariff and cost has been segmented into three components of generation, distribution and transmission. In this regard, KE has been made bound to invest an amount of Rs237.6 billion; generation (Rs48.1billion), distribution (Rs69.4 billion), transmission (Rs115.7 billion) and others (Rs4.2 billion) over the control period of seven years. KE has been further made accountable and be subject to a midterm review to ensure that proposed investments have been carried out.

Similarly transmission and distribution (T&D) target losses have been reduced and target for FY 2016-17 has been fixed at 20.40 pc. The consumers have been given immediate benefit of reduction of 9.6pc losses from 30pc already built in the existing tariff. Further the consumer end tariff will now be adjusted with the yearly targeted T&D losses in accordance with provisions and adjustment mechanism framework provided in the determination. At the same time the Authority being mindful of the interest of the KE has ensured a reasonable return to KE on its existing asset base as well as adequate cash flows to carry out the proposed investments.

KE is the only vertically integrated utility in Pakistan and is principally engaged in the generation, transmission and distribution of electrical energy to over 2.4 million consumers. The Authority allowed a multi-year tariff to KE in 2002. After privatisation of KE in 2005, multi-year tariff was set to expire in 2012. Consequently, on signing of amended implementation agreement by new management of KE with Ministry of Water and Power, KE filed a tariff petition in 2009 for certain amendments in tariff. While deciding on the proposed amendments, the Authority extended the multi-year tariff to next seven years till June 2016 in line with the tariff control period provided in the amended implementation agreement.

After expiry of above mentioned tariff, KE submitted a petition on 31st March 2016 for an integrated multi-year tariff for a period of ten years. In its petition KE requested the Authority to continue the existing multiyear tariff till 2026 with the increase of Rs0.66/kWh in respect of its O&M costs.

After taking into account the extensive input and feedback received from interveners and commentators and conducting public hearings, the Authority approved the tariff determination for 7 years (2016-2023).

The Authority observed in the tariff determination that previously multi-year tariff awarded to KE was a performance based tariff. KE was not allowed a pre-determined fixed return on its existing and future investments unlike the tariff allowed under cost plus regime. KE was required to earn profit by bringing in efficiency through investment from its own resources in its generation, transmission and distribution system. For this reason KE was guaranteed that no downward revision would be made till expiry of the control period of tariff. Previous tariff was awarded to KE, in view of circumstances prevailing at that time i.e. inefficient generation plants, T&D losses hovering at a level of round 40% etc. Therefore, KE was allowed a number of incentives for optimization through its own investment.

The Authority observed that previously KE was given targets for T&D losses based on the premise that KE will make investments in its transmission and distribution business to reduce losses. However, KE focused it investment in its generation business and lack of investment in the transmission and distribution resulted in deterioration of the system over the time, consequently increasing the technical losses. Considering the change in ground realities, the Authority deemed it appropriate to reassess the tariff based on heat rate, T&D losses and investment to make it more cost reflective so that neither the utility nor the consumers bear any unnecessary burden.

To this end each generation facility has been assessed individually in terms of heat rate and auxiliary consumption instead of cumulative assessment of the entire generation fleet. In case of new generation facility is added, benefit of its efficiency in form of relief will be shared with the consumers.

For this reason among others, the Authority has decided not to continue the existing multiyear tariff rather to rebase the same by taking into account the efficiencies achieved by KE over time and at the same time allowing KE a reasonable return on its existing and future proposed investments.

The Authority also observed that KE was required to reduce the provision for doubtful debts and achieve 100% recovery target which unfortunately has not been the case. Therefore, allowing any further cushion in the tariff for the inefficiencies of KE in terms of under recoveries would not be fair with the consumers. Thus, the Authority has decided that KE will not be allowed any provision for the doubtful debts and like other DISCOs only actual bad debts written off by KE has been allowed.

The Authority has also turned down the request of KE for allowing force majeure and compensation for late payments by government entities and tariff differential claims by the Federal government. KE had claimed that these may be allowed to be passed on to the consumers. The Authority while refusing this request has observed that these matters may be settled between GoP and KE rather than being passed on to the consumers in the tariff.

The tariff determination takes into account the interests of the consumers and a deliberate effort has been made by the Authority to resolve all the outstanding issues without compromising the ability of KE to provide service in its territory in accordance with the performance standards set forth in the Nepra Act, 1997, rules and regulations.