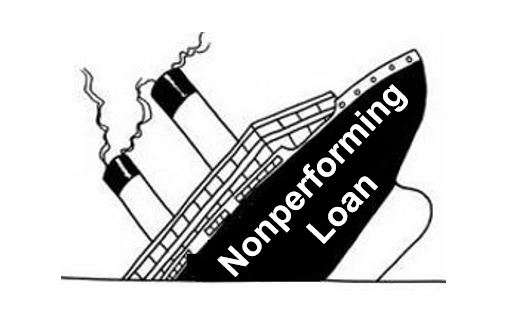 NPLs go down across the board

Non-performing loans (NPLs) declined in the last quarter of 2016 while small and medium enterprises (SMEs) continued to have the highest infection ratio.

In absolute terms, NPLs in the corporate segment were the highest at the end of 2016. Sector-wise, textile companies had the highest NPLs, according to a recent report by the State Bank of Pakistan (SBP).

With the highest infection ratio among all segments, SMEs also noted a decline in NPLs in Oct-Dec. Its ratio fell to 20.3pc at the end of December from 25.3pc at the conclusion of the July-Sept quarter. NPLs of SMEs at the end of the fourth quarter were Rs82bn.

Agriculture also noted a decline in its infection ratio, which fell to 12.9pc in the fourth quarter from 15.8pc a quarter ago. NPLs in the agriculture segment fell to Rs38bn from Rs46.3bn over the quarter.

The improvement in NPLs in these segments is mainly on account of limited growth in advances and a cautious approach adopted by banks and other financial institutions. Advances increased in 2016, but infected loans date back to three to five years. Overall NPLs fell to Rs604bn against Rs633bn at the end of the third quarter of 2016.

The textile sector was at the top in terms of both infection ratio and NPLs in 2016. But both indicators witnessed a drop in the last quarter of 2016, the SBP report shows. The infection ratio for the textile sector fell to 22.6pc at the end of December from 27pc at the conclusion of the preceding quarter. Its NPLs declined to Rs192.5bn from Rs196.5bn over the quarter.

The SBP report showed the highest NPLs under the ‘others’ category amounting to Rs206bn. Its infection ratio was 9pc, down from 9.8pc in the third quarter.

The production and transmission of energy, which received the highest advances, recorded NPLs of Rs31bn. Its advances rose to Rs892bn at the end of December. Its infection ratio was just 3.5pc, down from 4.4pc a quarter ago.