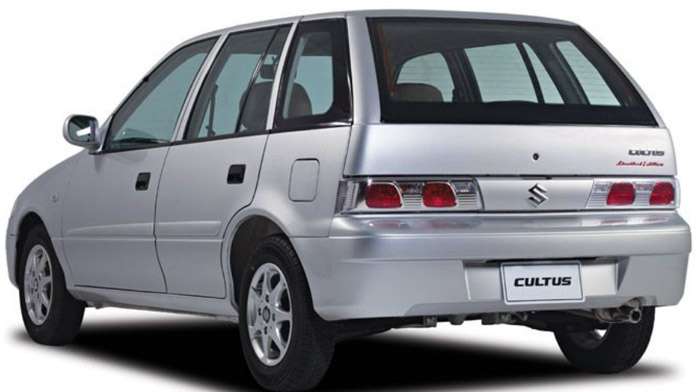 The Pak Suzuki Motor Company Limited (PSMCL) on Wednesday stopped booking orders for Suzuki Cultus, a model which is being sold in the country for the last 16 years.

The company plans to launch in April a new model, which will be called the new Cultus, and not Celerio as previously thought.

According to the sources, across the world the new model is known as Celerio but PSMCL intends to roll it out in the name of new Cultus.

The company has informed its authorised dealers that all pending orders of the previous model will be served as per its commitment.

The chairman of the Pakistan Association of Automotive Parts and Accessories Manufacturers, Mashood Ali Khan, said the vendors would supply locally produced parts and accessories for the existing model till Feb 6 to PSMCL.

He hoped that the all-new Cultus would enjoy a greater “localisation of parts” so that its price could be kept as low as possible.

Its price mentioned on the company’s website was Rs1.124 million for the regular model and Rs1.199m for the CNG model.

The website informed the potential buyers about introduction of a Cultus ‘limited edition’ model a few months ago.

In a presentation, the PSMCL informed the Senate Standing Committee on Industries and Production in the third week of October that it would introduce a model called Suzuki Celerio in March this year that would replace Cultus besides other models.

While rejecting reports about introduction of Celerio, the spokesperson for the company, Shafiq Ahmed Sheikh, said on Wednesday: “The company has actually planned to introduce an all-new model with the name of Cultus in manual VXR and VXL models by April-end this year followed by automatic version later, depending on market demand.”

The sources said the company had managed to maintain its old design of Cultus for over 16 years with minor cosmetic changes. The car remained a bestselling model among individual buyers as well as private and public sector organisations.

The model managed to survive despite a huge influx of imported used cars, especially of 660cc.