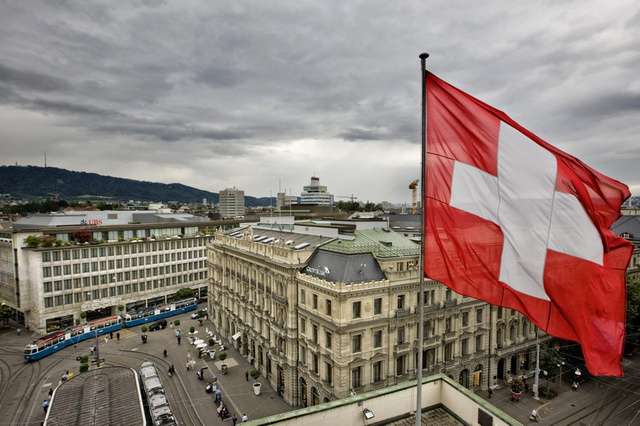 Bank accounts – Pakistan to sign agreement with Switzerland on March 21

Federal Minister for Finance Muha-mmad Ishaq Dar Wednesday said that Pakistan is going to sign on March 21, 2017 an agreement with Switzerland on exchange of information about bank accounts. While giving a statement on the floor of the National Assembly, the Finance Minister said, “Switzerland has sent an official invitation letter to me on March 02 to sign a new treaty on our terms and conditions on exchange of information regarding bank accounts. In the invitation letter, Switzerland authority has given dates, March 21 or May 5, 23 or 24, to Pakistan for signing the agreement. We are going to sign the agreement on the earliest date, March 21, because we will be busy preparing budget 2017-18 in May.”

He said that Federal Board of Revenue (FBR) held several meetings with the Swiss authorities and now they have invited Pakistan to sign the agreement. He said that it will be new exchange of information which is globally acceptable. The finance minister said that Pakistan has already signed the Multilateral Convention on Tax Matters with Organisation for Economic Cooperation and Development (OECD) on September 14, 2016 which is going to be operationalised next year.

He said after the operationalization of this convention, it will be impossible to keep tax evaded money in these countries. Pakistan would take benefit from the exchange of information. After this agreement Pakistan would become a member of a global forum on exchange of tax information of offshore accounts and investments. The need for such an agreement was felt in the wake of revelations in the Panama Papers about high profile Pakistani personalities’ investment in offshore companies. In the previous governments, no serious effort was made to trace the legal or illegal flows or the origins of these money investments.

This membership will enable Pakistan to receive and send information on tax data under automatic exchange as well as to fight tax fraud and evasion at the international level. This may help retrieve important bank accounts, dividends, and interest and asset ownership information from all signatories to the convention. The Article 26 of the OECD model could help access bank accounts of citizens and their assets, but the information received or exchanged will be treated as secret and can only be disclosed to persons or authorities including courts and administrative bodies like tax department for assessment purposes.