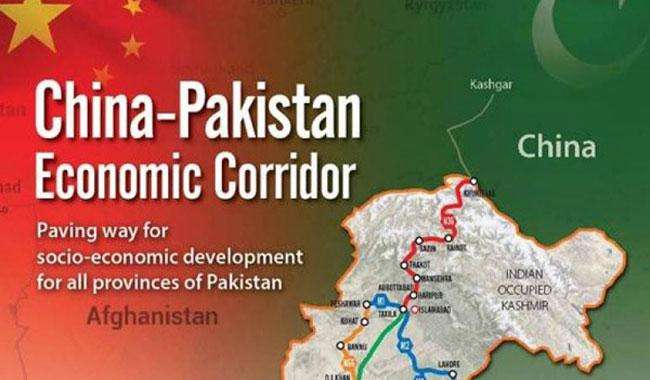 As a number of projects under CPEC initiative were emerging into reality, the Chinese government also decided putting in huge amount on laying highway network for improved connectivity between Pakistan and China.

In this connection, the Xinjiang Uygur autonomous region will inject record funding into building new roads this year so it can better serve as China’s trade hub linking countries along the Silk Road economic belt.

New infrastructure projects are also expected to bring more job opportunities for locals, the region’s top economic planning official said.  This year the northwestern region will invest 170 billion yuan (Rs24.8 billion) into new roads up nearly six fold from 2016. The region has never seen such a huge investment in road construction, Zhang Chunlin director of the Xinjiang Development and Reform Commission said in an exclusive interview in the regional capital of Urumqi.

The region will also invest 8.1 billion yuan in constructing railways and 4.8 billion yuan in civil aviation projects both up by 50 percent from last year.  The investment in building roads, railways and airports this year will top the total funding for transportation infrastructure from 2011 to 2015. Building a highway network in a region that takes up one sixth of China’s territory is a priority, Zhang said. Currently about 40 percent of the cities and counties in Xinjiang are not connected by highways.

Without the highways, oil, coal and agricultural products of Xinjiang cannot be shipped out of the region smoothly and logistics costs will remain high, Zhang added. After the planned highway network is completed logistics costs in the region can be reduced by 30 percent, he added.

The region plans to start construction this year on 6,096 kilometres of highways.  He said although poor infrastructure has been holding back development of the region, Xinjiang now sees opportunity for economic growth.

Massive transportation projects can use significant amounts of steel and concrete which can help to stimulate economic growth. Currently, there is one highway linking Xinjiang and other parts of China to the east.

The central government sees Xinjiang which borders countries including Kazakhstan, Pakistan and Mongolia as the key trade centre on the economic belt.  The economic belt part of the Belt and Road Initiative proposed by President Xi Jinping in 2013, aims at reviving the ancient trade route.

Xinjiang also plans to begin research on a high-speed railway connecting Urumqi and Horgos, a land port on the China- Kazakhstan border. Additionally Urumqi International Airport will be expanded to cope with surging domestic and international traffic.