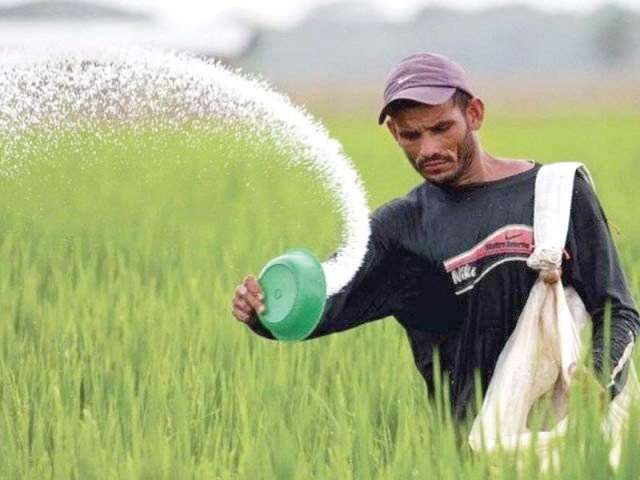 Terming ‘super tax’ a bitter pill for corporate sector to swallow, fertiliser sector has proposed Federal Board of Revenue (FBR) to abolish ‘super tax’ and withdraw sales tax on subsidy and GIDC on feed gas in the upcoming budget (2017-18). According to the budget proposals of Fertiliser Manufacturers of Pakistan Advisory Council (FMPAC) for 2017-18 submitted to the FBR for the next fiscal year, the levy of super tax is an ad hoc taxation measure.

A ‘one-time’ super tax of 3% levied on the corporate sector during 2015 was extended for another year despite the governmental intention of gradually reducing the rate of income tax from 34% to 30% by 2017. Such ad hoc revenue measures by the government have caused financial hardship for the industry. The reduction in sales tax rate on urea from 17% to 5%, without a corresponding reduction in GST rates for inputs, has resulted in piling up of unadjusted input sales tax for the companies, leading to additional cash flow pressure.

Under the provisions of the Sales Tax Act, 1990, GST is to be charged on the sales price received from the customers. The subsidy notification issued by the Ministry of National Food Security & Research (MNFS&R) implied GST on the amount of subsidy, contrary to the provisions of Sale Tax Act and resulted in reduction of the amount of subsidy by around Rs 8 per bag for the fertiliser industry.

It proposed that as part of subsidy package 2016, sales tax rate on urea only has been reduced from 17% to 5%, whereas initial amount for subsidy was allocated for both urea and DAP. Later, calcium ammonium nitrate (CAN) was also included in the subsidy scheme, while potash and blended fertilisers remained excluded. However, sales tax of 17% is being charged on all fertilizers except urea, resulting in disadvantage to the pricing of these products. Similarly, the use’ of these fertilizers also remains lower than the international ratios. Further, the government of Punjab introduced its own direct subsidy scheme, while asserting unnecessary price control, thus discouraging the local production aid imports.

Disbursement of Subsidy: Processing of Subsidy claims of the companies have experienced considerable delays due to involvement of FBR and provincial governments in verification of sales. This is resulting in cash flow constraints besides opportunity costs for the manufacturers. Barring Punjab, none of the provinces seem to be inclined in supporting the mechanism wholeheartedly; hence subsidy disbursement mechanism through manufacturers has to be reviewed, if the scheme has to be continued in the coming year.

It proposed that Pakistan has one of the highest gas rates in the world for fertiliser production, which is uncharacteristic of an agriculture-driven economy with a gas cost of USD 4.65/mmbtu (including GIDC) for the fertiliser plants against a global average of around USD 2.64/mmbtu. The GIDC has added another financial burden on the manufacturers, as the financial impact could not be passed on due to price intervention. Production of urea through RLNG does not make much economic sense, as no additional support is available to manufacturers for compensation of extra cost of RLNG based fertilizers.

It recommended that the fertiliser sector has sincerely served the agriculture based economy besides direct contribution to the national exchequer and socio-economic development through direct and indirect manner. Therefore, the government is requested for continued support to help this sector sustain its role in the national economy and food security. Following recommendations are proffered in this regard:

Instead of providing subsidy to the farmers, cost of inputs may be reduced. Thus GIDC on feed gas may be abolished. It further proposed that similarly, output GST on all types of fertilizers (urea, DAP, MOP, SOP, CAN and blended fertilizers such as NPK and NP) may be reduced to zero.

In line with output tax on fertiliser, input tax (on gas, WPP bags, freight, plant & machinery and raw material imports) may also be reduced to zero per cent to prevent accumulation of unadjusted input GST and reduce the price of fertilizers. In case subsidy scheme is to be continued, it must include all types of fertilizers and simplified direct method of disbursement may be evolved.

The implementation of ad hoc tax measures such as super tax may be discontinued. It further proposed that the subsidy amount should not be subjected to GST. The regulation of fertiliser prices may be avoided and market forces be allowed to determine the same in keeping with Fertiliser Policy 2001.

It proposed that the export of urea may be considered as a regular practice in view of over supplied market. The government may ensure sustainability of fertiliser sector by respecting the sanctity of dedicated allocation of Mari gas field to the fertiliser sector.

Joint efforts on public private partnership basis may be undertaken for farrmers’ education, it proposed The plants on network be given due priority in supply of gas to minimise the impact of seasonal curtailment. As per commitment from the GOP, either system gas should be provided to all fertiliser manufacturing plants or some support should be provided to absorb exorbitantly high cost of RLNG based fertilisers).

The fertiliser industry appreciates the government’s support to this sector and hopes that fertiliser sector will be treated as a strategic industry for Pakistan to ensure food security and continued development of agriculture sector. The fertiliser industry shall be much pleased to be invited for any further inputs and consultation in this regard.