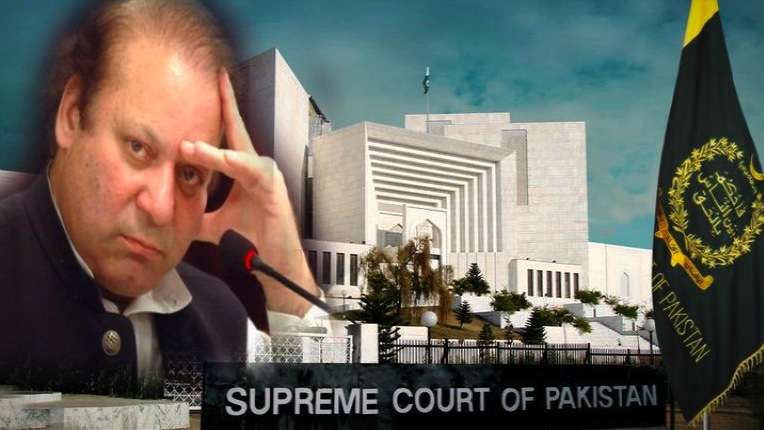 Panama case verdict may be announced this Week

The much-awaited verdict on the Panama case is expected to be announced this week which may have implications only on the political future of a sitting parliamentarian, legal experts told Business Recorder.

At present the Prime Minister’s three children implicated in the Panama case namely Maryam, Hussain and Hassan Nawaz are not members of parliament; and hence they would not be held accountable under constitution Articles 61 and 62 for any statement or declaration they may have made as private citizens. However these provisions of the Constitution may be invoked against the Premier under charges of perjury and may lead to his disqualification from membership of Parliament.

A five-member larger bench led by Justice Asif Saeed Khan Khosa while reserving verdict in the matter on February 23 had observed that it is not a case where a short order could be passed so the bench will announce a detailed judgement in the matter.

Three possibilities of the verdict case, as per legal experts, are as follows: (i) the court may refer the matter to a commission and expect Prime Minister Nawaz Sharif to step down and face an inquiry; (ii) the court goes a step further and convicts the Prime Minister; or (iii) the court may dismiss Pakistan Tehreek-e-Insaaf chairman Imran Khan’s petition against the premier and his family members.