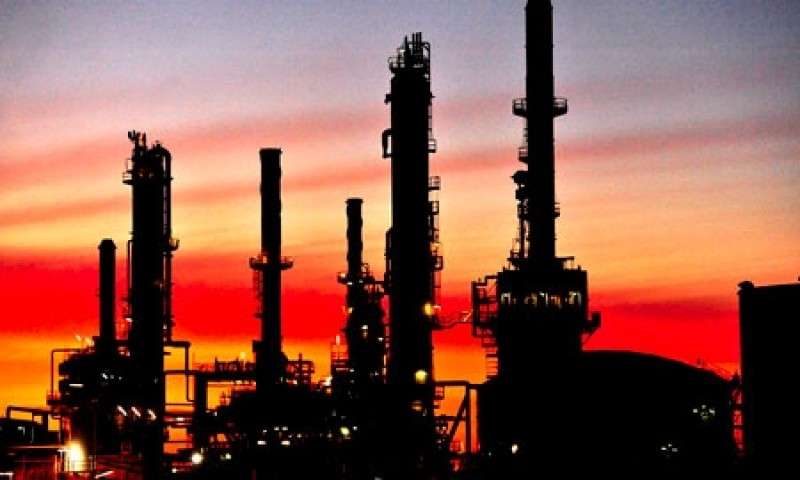 BoD allows initiation of feasibility study for mega refinery with hydro cracking facility; Parco being expanded to increase its capacity from 25,000 BPD to 125,000 BPD

The Pak-Arab Refinery Company (Parco) has made up its mind to establish a state-of-the-art deep conversion coastal refinery with capacity to refine crude oil up to 300,000 barrels per day at the Khalifa Point near Hub in Balochistan.

To this effect, the board of directors of the company has approved initiation of a feasibility study. “Once the feasibility study gets completed, then the top management of the company will proceed accordingly. This would be the first-ever largest project in the history of oil and gas sector as its magnitude will be equal to the Tarbela Sam,” top officials told The News.

“The project requires $5 billion investment and to this effect the UAE has allocated the funds.”  Federal Minister for Petroleum and Natural Resources Shahid Khaqan Abbasi confirmed the development saying that the Parco BoD had at present given a nod for initiating the feasibility for establishing the biggest coastal refinery with hydrocracker technology.

Upon completion of the study, Parco will take a final decision to go for a mega refinery or not. The refinery will have the capacity to refine 250,000 to 300,000 barrels per day crude oil. Top sources in the Ministry of Petroleum and Natural Resources said the refinery will be established at Hub and the land at Gaddani that was earlier given for establishing the 6,600MW coal-based power park had been retrieved for the mega refinery and to this effect a wall had been erected showing the demarcation of the land for the proposed refinery.

With shareholding of Government of Pakistan at 60 percent and the UAE 40 percent, Parco will set up the refinery.  Keeping in view the country’s increasing POL (petroleum, oil and lubricants) requirements, particularly in the wake of the impending surge in the demand on account of CPEC project, the said refinery will have significance of paramount importance.

The officials also disclosed that Parco, which is not a deep conversion refinery, is also being expanded by its top management to increase its refining capacity by 25,000 barrels per day to 125,000 BPD from 100,000 BPD.  Pakistan currently imports 80 percent of petroleum products as the existing refineries in the country have become obsolete, which run 40-45 percent of their production capacity.

“Now the time has come to close down the existing refineries and initiate the project for setting up new state-of-the-art refineries in the country.” They said in recent interaction of the petroleum minister with representatives of OCAC (Oil Companies Advisory Council), the government had asked them to come up with a plan to install a mid-country mega refinery with modern technology after abandoning the existing ones and to this effect the government will not only provide the land but also play its role in laying down a pipeline for provision of crude oil to the refinery.

The government did not stop here; rather it also extended its 100 take-off guarantee.  The OCAC representatives have promised to come up with the plan for midcountry mega refinery. The POL demand of the upcountry (Punjab and KPK) has increased manifold. Currently, there is a surge of 20 percent in the demand of motor gasoline in the country and 15 percent increase in demand diesel has been registered

So much so, Pakistan State Oil has also acquired the shares of the Pakistan Refinery Limited (PRL) and it has planned to upgrade the said refinery by increasing its capacity to 100,000 BPD from the existing 50,000 BPD.

There are seven oil refineries with total annual refining capacity of 12.87 million tons out of which four are based around Karachi with collective capacity of 6.3 million tons per annum mainly to feed southern and central parts of the country. PARCO, being the largest refinery located in the midcountry and ARL at Rawalpindi, cater for demand in central and northern parts of the country.

For setting up the refinery, no permission of Government of Pakistan is required and refineries are free to sell their product to any marketing company or they can set up their own marketing companies. However, license from Ogra is required under the Ogra ordinance 2002.