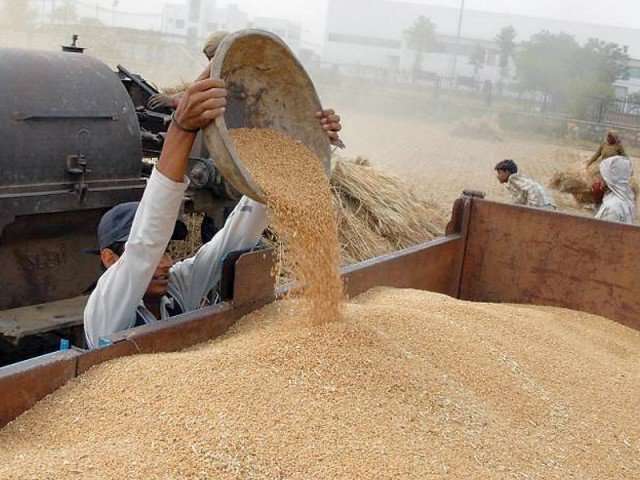 The target of purchasing 4 million metric ton wheat has been set at the rate of Rs1,300 per 40kg. The wheat procurement target might be enhanced if needed, he added. He said that distribution of gunny bags will start from April 15.

Addressing the meeting, the chief minister said if more wheat is purchased than the fixed target the arrangements should be made to purchase 15 percent more gunny bags. He said the procedure of the distribution of gunny bags will be transparent and farmers will be given every possible facility at the wheat procurement centres. He said with the blessings of Allah Almighty and the hard work of farmers, excellent wheat crop has been produced and per acre wheat production has increased due to subsidy and other measures taken by the Punjab government. He said rights of farmers will be defended during the procurement of wheat and nobody will be allowed to deprive farmers of their due rights.He said the ministers, advisers and secretaries will visit wheat procurement centres and he will also personally monitor procurement of wheat. He said that honest officers should be appointed in all 36 districts for wheat procurement campaign.

‘Power projects: Shahbaz Sharif has said extensive efforts have been made during the last four years to end the energy crisis and three gas-based power projects with the capacity of 3,600MW are being completed at the fast track and an amount of Rs112 billion has been saved in these projects through transparency.Federal Petroleum Minister Shahid Khaqan Abbasi called on the CM and discussed electricity projects especially gas-based power projects and the matters of mutual interest.

Speaking on the occasion, the chief minister said the political parties which are responsible for pushing the country into the darkness are now worried at the speedy completion of the power projects. He said the gas-based power projects would be completed in the record period of 27 months and these projects will eliminate darkness. He said surplus electricity will be available for agriculture, industry, livestock, education, health and other social sectors.

Speaking on the occasion, the chief minister said he is personally monitoring the development projects in South Punjab and the PML-N government will give more pleasure to the people of South Punjab.

He said opponents of public welfare projects are against the public welfare and the well-aware people of Pakistan have recognised these political elements and these disappointed elements have already been defeated in the previous elections and they will be defeated again in the coming elections, he added.