‘Total debt’: Changes in explanation made

The government has made changes in the explanation of the total debt through the Finance Bill 2017 by amending the Fiscal Responsibility and Debt Limitation Act 2005 subsequent to the recommendations of the Senate Standing Committee on Finance. This was the second amendment in the FRDL Act after 2016, said sources in the Finance Ministry. They added the definition of debt was included in the FRDL Act 2005 through an amendment in 2016 which reads: “total public debt” means the debt of the government (including the Federal Government and the Provincial Governments) serviced out of the consolidated fund and debts owed to the International Monetary Fund”.

However, on June 18, 2017, the Senate recommended to the National Assembly for an addendum to the explanation that “total debt of the government is public debt less accumulated deposits of the federal and provincial governments with the banking system” by amending Clause (2), sub-clause (1) of the Fiscal Responsibility and Debt Limitation Act, 2005.

Senator Ayesha Raza Farooq of PML-N recommended the above stated amendment during a discussion on the Finance Bill and maintained that “debt to GDP ratio is now correctly being shown in net terms rather than gross terms. In order to clarify and remove an ambiguity, it is important that the FRDL Act 2005 be amended to add an explanation to the definition of total public debt.”

She further recommended that the amendment should be made in Clause 20 of the FRDL Act with the added explanation: “total debt of the government is public debt less accumulated deposits of the federal and provincial governments with the banking system”. When contacted, Director General (DG) Debt Co-ordination Finance Division categorically denied changing the definition of total debt and termed such reports baseless. However, he acknowledged that an explanation was added to the definition of the debt with the purpose of providing clarity to the definition.

He further clarified that the difference between gross and net debt is that the former includes credit balance sheet while the latter does not. According to budget in brief for 2017-18, the total public debt (gross) of the country was projected at 61.4 percent of GDP for fiscal year 2017-18 and total net debt at 58.1 percent which was revised upward to 64.8 percent and 61.3 percent for the current fiscal year. 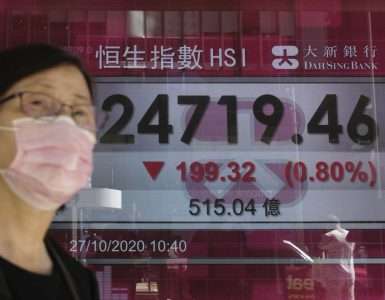