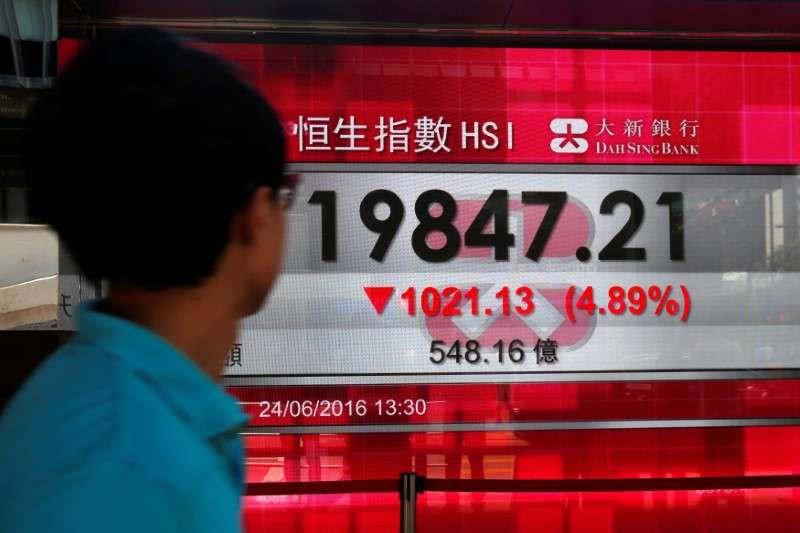 Asian equities slipped as investors awaited more clues on U.S. interest rates and economic growth, ahead of a meeting between Donald Trump and China’s Xi Jinping. Stocks in Shanghai rallied and the yen strengthened.

Japanese shares dropped as the yen climbed for a fourth day. Stocks in Shanghai and Taiwan rallied after markets reopened after a holiday. South Africa’s rand steadied after a pronounced slump. The Aussie recouped some of its declines triggered by a warning from the central bank that regulators are prepared to consider further measures to tame runaway house-price growth. Oil extended Tuesday’s advance.

Improving economic data has helped fuel gains that pushed global stocks to a record last month, leaving money managers assessing the scope for the rally to continue. The monthly U.S. jobs report comes at the end of a week that saw American automakers report disappointing sales. Stocks are becoming expensive relative to historical valuations, but they remain cheaper than bonds based on earnings and interest rates, according to Bloomberg Intelligence Equity Strategists Gina Martin Adams and Peter Chung.

“There are a lot of concerns out there. The key is the outcome of the Trump-Xi meeting,” Andrew Sullivan, managing director for sales trading at Haitong International Securities Group Ltd. in Hong Kong, said by phone. “The U.S. jobs report on Friday and the outlook for U.S. interest rates is also weighing on the market, together with the Fed minutes from the last meeting. I think a lot of traders are risk-off.”

The TV debate between French presidential hopefuls extended beyond four hours on Tuesday night, covering topics from the nation’s debt to ethics. The upcoming election is seen as a barometer for the strength of populist politics.

Upcoming events of note for investors:

Here are the major moves in markets: