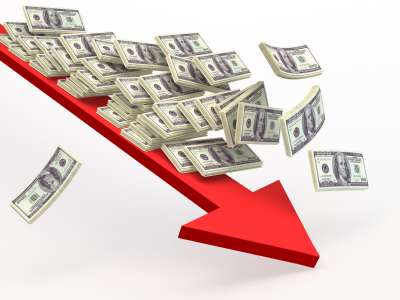 Asian equity investors stepped back from Thursday’s gains, following U.S. shares lower as Janet Yellen prepares to weigh in on the path for interest rates. The dollar weakened after its longest winning streak since May.

Equities in Japan declined after three days of gains, even as a gauge of consumer prices rose for the first time since December 2015. Weaker metals prices weighed on Australian shares, while South Korean stocks tumbled on reports that China will curb tourism to the country. The yen strengthened, after four days of losses on increasing confidence that the Federal Reserve will raise rates this month. The 10-year Treasury yield was flat after climbing for the past four days and gold edged lower.

The dollar’s recent advance and declines in gold and Treasuries lined up with increasing odds for tighter monetary policy, which got a boost as Lael Brainard became the latest Fed official to support the case for tightening “soon.” Rallies in equities and commodities predicated on stronger economic growth failed to keep pace even as reports showed a pickup in European inflation and a tighter U.S. jobs market. The rise in the Bank of Japan’s preferred measure of consumer prices offered some hope that inflation will begin inching toward Governor Haruhiko Kuroda’s 2 percent target this year.

“The markets are in the short-term overextended,” said Mark Matthews, Singapore-based head of Asia research at Bank of Julius Baer. “Longer term, the reason why rates are going up is because the economy is getting better, and that’s good for stocks.”

Upcoming events that traders are looking out for: