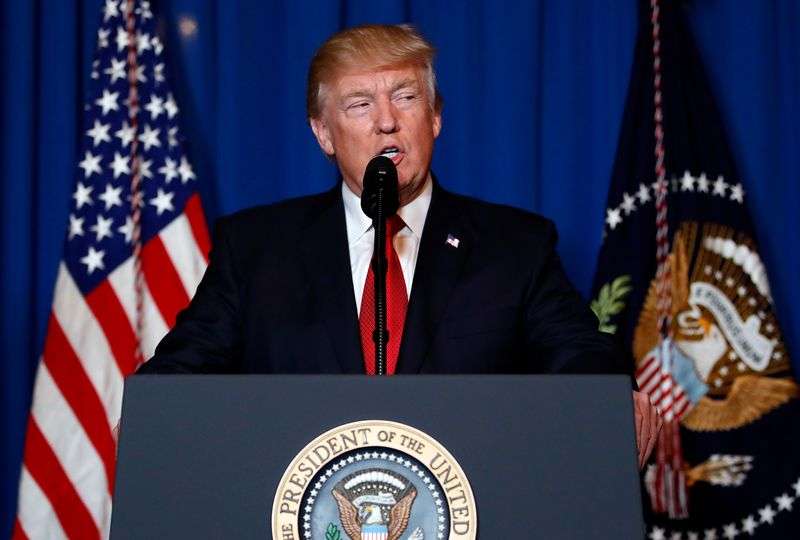 Financial markets were rocked after the U.S. launched a missile attack on Syria, as geopolitical concerns sent investors rushing for haven assets.

Volatility jumped immediately after the first military strike undertaken by President Donald Trump’s administration, though the impact in some assets began to fade in Asian afternoon trading. U.S. equity-index futures fell while the yen climbed with oil and gold. The yield on 10-year Treasuries dropped. The U.S. executed the cruise-missile attack two days after Bashar al-Assad’s regime used poison gas to kill scores of civilians, an act that drew international condemnation and that Trump called “‘an affront to humanity.”

“The move to safe havens is more just in case anything goes wrong. If this turns out to be pretty surgical strike against the Syrian military, I think the market will get over it and recover again,” Principal Global Investors’ chief executive Jim McCaughan said in an interview on Bloomberg TV. “It’s not the first U.S. attack in Syria, so this is not unprecedented.”

The decision marked a stark reversal for Trump, who during his presidential campaign faulted past U.S. leaders for getting embroiled in conflicts in the Middle East. It also comes amid a lack of clarity on his administration’s approach toward nuclear-armed North Korea, which has conducted a series of missile tests in recent weeks despite international community warnings.

Focus later today turns to the U.S. jobs report, at the end of a week when strong private payrolls data and weak automaker sales gave conflicting signals on the strength of the economy. The Federal Reserve’s indication this week that it may start shrinking its $4.5 trillion balance sheet later this year underscored a shift away from injecting record amounts of cash over the past decade.

Investors are also watching developments from the summit in Florida between Trump and Chinese President Xi Jinping. Trump said he forged a friendship with Xi, striking a positive tone in the early hours of the first-ever meeting between leaders of the world’s two biggest economies.

The yen rose 0.2 percent to 110.53 per dollar as of 1:28 p.m. in Tokyo, after jumping as much as 0.6 percent earlier. The currency is heading for a weekly gain of 0.8 percent.
The Bloomberg Dollar Spot Index was little changed. The Australian dollar slipped 0.2 percent, bringing its loss for the week to 1.3 percent.
South Korea’s won was down less than 0.1 percent after falling as much as 0.6 percent. The Turkish lira fell 0.5 percent and the Mexican peso retreated 0.4 percent.