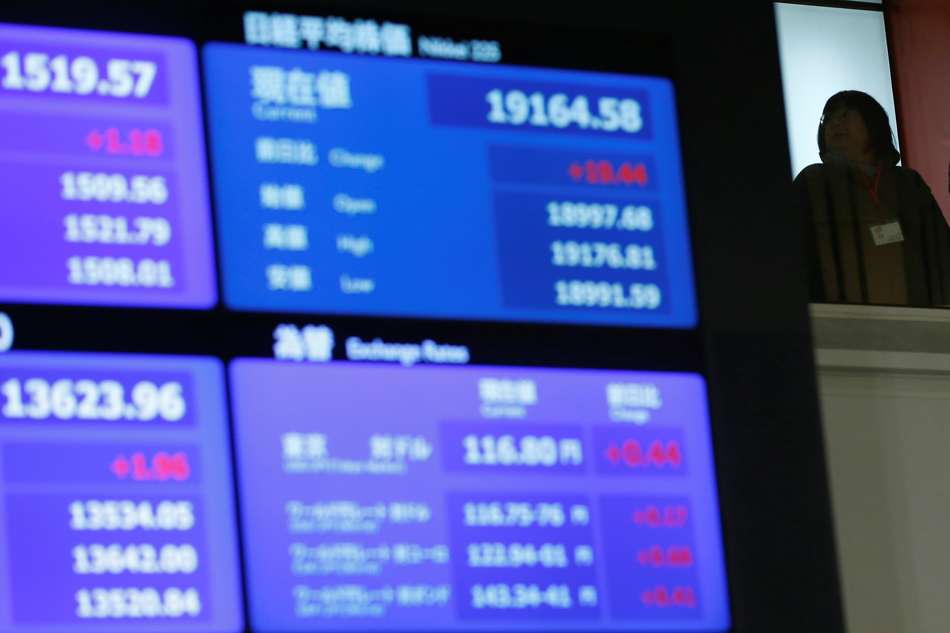 Japanese shares tumbled after the yen jumped to the highest since November as investors avoided riskier assets amid lingering geopolitical concerns. Treasuries extended gains and gold traded at the highest level this year.

Japan’s Topix fell to the lowest level of the year after the yen breached 110 yen per dollar for the first time since November. South Korean shares were steady after a six-day selloff. Chinese shares traded in Hong Kong slipped after data showed factory inflation eased. The yield on 10-year U.S. notes continued to fall after closing below 2.3 percent for the first time in four months. Oil extended its longest winning streak since December.

The VIX, Wall Street’s so-called fear gauge, climbed to a level unseen since November as North Korea warned of a nuclear strike if provoked, while President Donald Trump said the U.S. would “solve the problem” with or without China. The U.S. separately said evidence clearly showed Syria was behind a chemical attack on civilians this month and accused Russia of trying to cover up for its ally by spreading disinformation. Secretary of State Rex Tillerson urged Russia to abandon its support of Syrian President Bashar al-Assad’s regime.

Here’s what investors are watching: