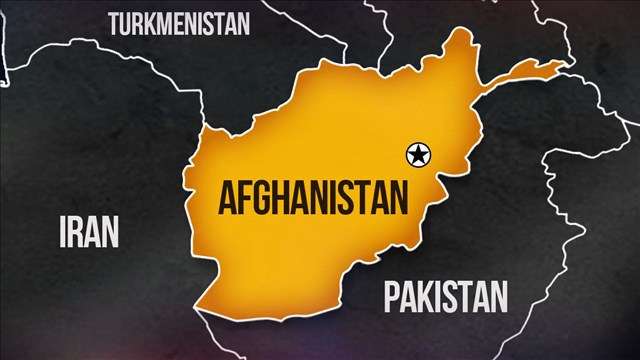 The U.S. dropped the largest non-nuclear bomb it’s ever used in combat on Islamic State positions in Afghanistan Thursday night, a move the Trump administration said was aimed at denying the group’s freedom of movement.

“The United States takes the fight against ISIS very seriously and in order to defeat the group, we must deny them operational space, which we did,” Spicer said, using an acronym for Islamic State. “The United States took all precautions necessary to prevent civilian casualties and collateral damage as a result of the operation.”

Asked if he authorized the strike, President Donald Trump told reporters at the White House, “We have the greatest military in the world and they’ve done a job, as usual. We have given them total authorization and that’s what they’re doing.”

The action came a week after Trump authorized missile strikes against Syria for a chemical weapons attack on civilians. It also coincides with rising concern that North Korea may conduct another nuclear test or missile launch. Trump has vowed that the U.S. will act to stop North Korea’s nuclear program unless China manages to constrain its neighbor.

“I don’t know if this sends a message,” Trump said when asked if the bomb serves as a warning to North Korea. “It doesn’t make any difference if it does or not. North Korea is a problem. The problem will be taken care of.”

In posts on Twitter, the office of Afghan President Ashraf Ghani reiterated Spicer’s comments, saying the strike was to support Afghan and U.S. forces against Islamic State in the Achin district of eastern Nangarhar province and efforts were made to minimize civilian deaths. A casualty assessment is currently ongoing, Ghani’s office said.

“This is not the war on terror but the inhuman and most brutal misuse of our country as testing ground for new and dangerous weapons,” Karzai, the leader of Afghanistan from 2001 to 2014, wrote on Twitter. “It is upon us, Afghans, to stop the #USA.”

The bomb dropped in Afghanistan, designated a GBU-43, weighs 21,600 pounds. It’s released from an MC-130 transport plane by parachute and utilizes Global Positioning System navigation to maneuver to the intended target, according to an Air Force statement.

The GBU-43, sometimes nicknamed the Mother of All Bombs, was billed as the successor to the 15,000-pound Daisy Cutter of the Vietnam War era that was used in the 1991 war against Iraq and later against Taliban and al-Qaeda forces in Afghanistan.

“The strike was designed to minimize the risk to Afghan and U.S. Forces conducting clearing operations in the area while maximizing the destruction” of Islamic State fighters and facilities, according to a statement from the headquarters of U.S. forces in Afghanistan.

The move comes while the Trump administration is reviewing strategy in Afghanistan as Taliban forces continue to gain ground and Islamic State is establishing its own strongholds.

The Taliban control or contest more than half of Afghanistan’s populated areas, according to U.S. estimates, making it harder for America to extract itself from its longest-ever war.

Former President Barack Obama had planned to remove most U.S. troops from Afghanistan before leaving office, but pulled back from that plan because of Taliban gains and the inability of Afghan forces to fight on their own.

About 13,000 U.S. and NATO troops remain in Afghanistan, and the top U.S. commander is pushing for several thousand more.

Separately, the Pentagon announced that a coalition airstrike intended to target Islamic State forces in Syria had inadvertently killed 18 Syrian fighters allied with the U.S.

The strike in Tabqah was requested by allies on the ground there who identified the target as an Islamic State fighting position, the U.S.-led coalition said in a statement. In fact, it was actually the U.S.-backed Syrian Democratic Forces.

“The Coalition’s deepest condolences go out to the members of the SDF and their families,” the coalition said in the statement. “The Coalition is in close contact with our SDF partners who have expressed a strong desire to remain focused on the fight against ISIS despite this tragic incident.”

This was the third time in the past month that a U.S. airstrike in the fight against Islamic State was believed to have killed civilians or allies.