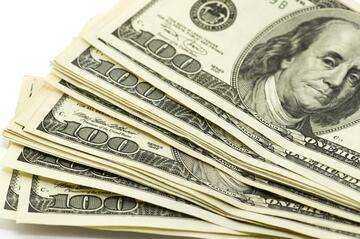 SINGAPORE, Sept 26 (Reuters) – The dollar consolidated on Thursday, staying near multi-week highs against most major currencies while slipping against riskier ones after U.S. President Donald Trump said there could be a trade deal with China soon.

“But there’s not really any major moves either, it’s a slight boost to risk,” he said, noting traders were also trying to assess the likely direction of a Trump impeachment probe opened by the Democrats on Wednesday.

The Australian dollar edged higher and the safe-haven yen JPY= was marginally firmer at 107.65 per greenback, not far from a one-week low.

The euro EUR= bounced from an overnight two-week low but remained under $1.10 at $1.0959. Sterling GBP= also edged off a two-week low hit as investors priced in many more months of Brexit and election risk, touching $1.2368 on Thursday. (Full Story)

Trump stoked hopes for a trade deal by telling reporters in New York that the U.S. and China were having “good conversations” and that an agreement “could happen sooner than you think”. (Full Story)

The dollar index .DXY nudged lower to 98.877 after its sharpest rally in three months overnight. It remained stronger than at any point last week.

The greenback had at first been sold when U.S. House of Representatives Speaker Nancy Pelosi said the Democratic-led chamber was launching an impeachment inquiry over Trump’s handling of a call to Ukrainian President Volodymyr Zelenskiy. (Full Story)

The House inquiry could trigger a trial in the Senate on whether to remove Trump from office, though that is seen as unlikely to succeed because Republicans control the Senate.

“Markets shrug these things off very, very quickly and we move on to the next stuff,” said Nick Twidale co-founder of Sydney-based trade finance provider Xchainge, who said investors were shifting the prospect of impeachment to the long-term.

“As it moves on, it’s going to be interesting, but we have to go back to the fundamentals and fundamentals are going to push the dollar higher over time.”