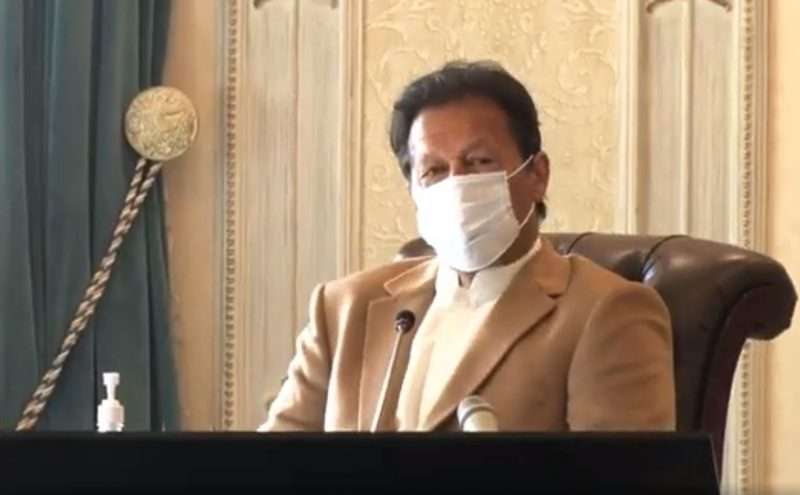 Final decision on corona vaccine to be taken soon; passengers coming from the UK being monitored, cabinet told

The federal cabinet, which met here Tuesday with Prime Minister Imran Khan in chair, was told that with the passengers coming from United Kingdom being monitored due to COVID-19 pandemic, the final decision regarding coronavirus vaccine would be taken soon.

Special Assistant to PM on Health Dr Faisal Sultan told the cabinet that during the second wave of coronavirus pandemic Pakistan has achieved self-sufficiency in terms of medical goods and ventilators, masks and other items were being manufactured within the country for usage.

Petroleum Division briefed the cabinet about the availability of gas in the country.

Ministry of Interior and the Capital Development Authority (CDA) apprised the cabinet of the time-period required for the removal of encroachments from Margalla Road, Islamabad.

The cabinet was told that the Ministry of Defence has submitted a formal application to CDA for the approval of building plan and the contract of marriage hall in sector E-9 had been cancelled.

It was told that the protective wall along Margalla Road would be relocated to the approved boundary within six months. Wetland would be constructed for cleaning of the nullah passing through this sector within three months.

Besides, the cabinet was told that in order to lessen the pressure of traffic in these sectors, an underpass would also be constructed through partnership among Pakistan Navy, Pakistan Air Force and CDA.

The cabinet was assured that neither any green belts in the federal capital would be eliminated nor such areas would be earmarked for construction.

The cabinet gave go ahead to CDA for the allocation of 120 acres of land for the establishment of Special Technology Zone in Islamabad.

The cabinet approved the posting of Frontier Constabulary in Gilgit Baltistan for a period of three years. This placement would be with the GB’s departments of Forests, Wildlife and Environment to ensure the protection of natural resources in the area.

The meeting also approved the release of Rs 219.30 million for the Ministry of Health. The funds would be used for activation of recently completed Isolation Hospital and Infections’ Treatment Center in Islamabad.

The cabinet also approved the appointment of 16 Federal Drug Inspectors in the Drug Regulatory Authority of Pakistan (DRAP) and the allocation of their jurisdiction.

The appointment of Javed Ghani as Chairman Federal Board of Revenue (FBR) was also approved by the cabinet.

The cabinet accorded approval for the signing of a Memorandum of Understanding (MoU) between the National Accountability Bureau (NAB) and the United States’ Federal Bureau of Investigation (FBI).

The cabinet also endorsed the decisions of the Privatization Commission and the Economic Coordination Committee of the Cabinet (ECC) taken during their respective meetings on December 24, 2020.