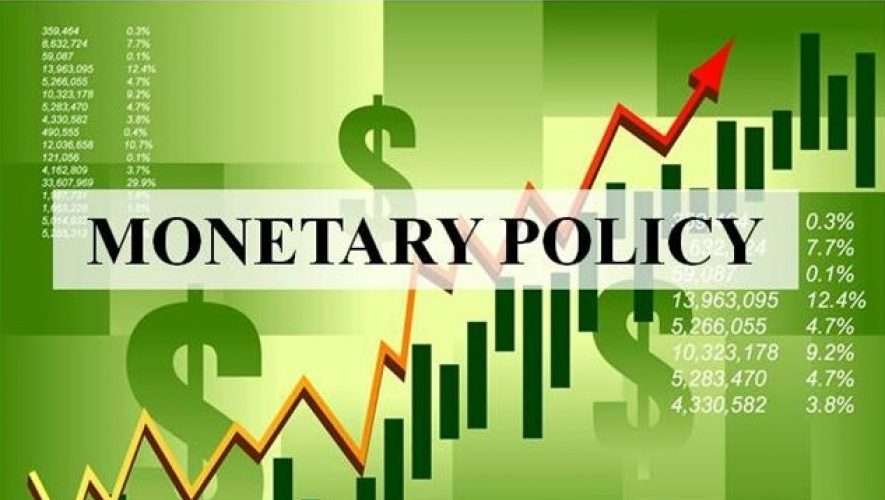 1. At its meeting on 23rd November 2020, the Monetary Policy Committee (MPC) decided to maintain the policy rate at 7 percent. The MPC noted that since the last meeting in September, the domestic recovery has gradually gained traction, in line with expectations for growth of slightly above 2 percent in FY21, and business sentiment has improved further. Nevertheless, there are risks to the outlook. The recent rise in Covid cases in Pakistan and many other countries presents considerable downside risks. On the upside, while it could take some time to fully implement worldwide, there has been recent encouraging news on vaccine development. On the inflation front, recent out-turns have been on the higher side, primarily due to increases in food prices. However, these supply-side pressures are likely to be temporary and average inflation is expected to fall within the previously announced range of 7-9 percent for FY21. Taken together, risks to the outlook for both growth and inflation appear balanced.

2. Given the broadly unchanged outlook for growth and inflation, the MPC viewed the existing stance of monetary policy as appropriate to support the nascent recovery while keeping inflation expectations wellanchored and maintaining financial stability. The MPC noted that the lagged effects of the significant fiscal, monetary and credit stimulus injected during the pandemic should continue to shore up growth in coming quarters.

3. In reaching its decision, the MPC considered key trends and prospects in the real, external and fiscal sectors, and the resulting outlook for monetary conditions and inflation.

4. Recent data suggest a further strengthening and broadening of the recovery observed since July, led by construction and manufacturing. Sales of Fast Moving Consumer Goods (FMCGs) rebounded in FY21 Q1, average sales volumes of POL and automobiles have surpassed their pre-Covid levels of FY20, and cement sales are at an all-time high. Large scale manufacturing (LSM) continues to rebound, expanding by 4.8 percent (y/y) in FY21 Q1, against a contraction of 5.5 percent in the same quarter last year. Nine out of fifteen major manufacturing sectors have shown gains, including textiles, food and beverages, petroleum products, paper and board, pharmaceuticals, chemicals, cement, fertilizer, and rubber products. The MPC noted that the recovery was being supported by stimulus provided by the government, the round of policy rate cuts and the SBP’s timely measures to mitigate the impact of the COVID pandemic. These measures included principal extension and loan restructuring, payroll financing, and Temporary Economic Refinance Facility (TERF) which injected liquidity, reduced layoffs and provided incentives for investment. In agriculture, the impact of the expected decline in cotton production is likely to be offset by growth in other major crops and higher wheat production due to the rise in support prices and recently announced subsidies on fertilizers and pesticides. While social distancing continues to weigh more heavily on certain parts of the services sector, wholesale and retail trade and transportation are expected to benefit from the knock-on impacts of the ongoing pick-up in construction, manufacturing and agriculture.

5. The external sector continues to strengthen, with the current account in FY 21 Q1 recording the first quarterly surplus in more than five years. After remaining in positive territory for all four months of this fiscal year, the cumulative current account through October reached a surplus of $1.2 billion against a deficit of $1.4 billion in the same period last year. This turnaround was supported by an improvement in the trade balance and record remittances. Exports have recovered to their pre-COVID monthly level of around $2 billion in September and October, with the strongest recovery in textiles, rice, cement, chemicals, and pharmaceuticals. Remittances recorded strong growth of 26.5 percent (y/y) during July-October, primarily due to orderly exchange rate conditions, supportive policy measures taken by the government and SBP, travel restrictions, and increased use of formal channels. Meanwhile, subdued domestic demand and low global oil prices have kept imports in check.

6. The sizable current account surplus and improving outlook and sentiment for the economy have supported a 3½ percent appreciation in the PKR since the last MPC and further strengthened external buffers, with SBP’s foreign exchange reserves increasing to $12.9 billion, their highest level since February 2018. Based on the performance to date, the outlook for the external sector has improved further and the current account deficit for FY21 is now projected to be below 2 percent of GDP.

7. In line with this year’s budget, the government continues to make concerted efforts to maintain fiscal discipline, including adhering to its commitment of no fresh borrowing from SBP. Despite lower non-tax revenue, the primary balance posted a surplus of 0.6 percent of GDP in FY21 Q1, similar to the levels achieved during the same period last year. However, the higher overall budget deficit due to larger domestic interest payments should taper as the benefits of recent interest rate cuts filter through. PSDP-releases, which are an important stimulant of economic activity, recorded an increase of 12.8 percent (y/y) during the first four months of this year. On the revenue side, despite a fast-tracking of refunds to help businesses during the pandemic, FBR tax collections continued to record positive growth, at 4.5 percent (y/y) in July-October, to come in close to target levels.

8. The MPC viewed that overall financial conditions remain appropriately accommodative, with the real policy rate remaining in slightly negative territory on a forward-looking basis. While private sector credit growth is moderate on a year-on-year basis, its month-on-month momentum is reverting to pre-Covid trends. With higher risk aversion on the part of commercial banks, the expansion in credit to the private sector has been supported by SBP’s temporary and targeted refinance schemes introduced in the aftermath of the Covid-19 shock.

9. After falling sharply since January, headline inflation has remained close to 9 percent during the last two months, primarily driven by sharp increases in selected food items due to supply-side issues. In contrast, core inflation has been relatively moderate and stable, in line with subdued underlying demand in the economy. In addition, recent SPI releases suggest a weakening in the momentum of food prices, as the government has taken various measures to address supply-side issues. Over the next few months, these measures, together with favorable base effects and spare capacity in the economy should help contain inflation. The latest results of SBP surveys also lend support to this assessment, with inflation expectations of both businesses and consumers remaining well-anchored. Taking into account higher than expected recent out-turns due to supply side factors and absence of demand side pressures on inflation, risks to the inflation outlook are balanced.