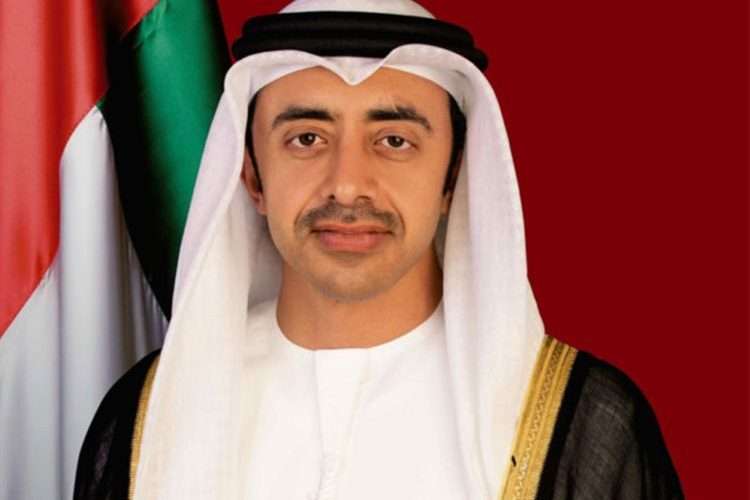 The mutual interests and visions of the two countries converged on issues of regional and international importance through the principles of tolerance, inclusiveness and an agenda based on development to ensure peace and stability in the region, he said.

In a statement issued on Saturday by the UAE foreign ministry following the conclusion of two-day visit of Foreign Minister Shah Mahmood Qureshi to the Emirates, the UAE foreign minister affirmed the depth of bilateral relations and recalled the keenness of the late Sheikh Zayed bin Sultan Al Nahyan on the relations during the early stages of establishment.

The discussion between the two foreign ministers encompassed ways to further enhance and strengthen joint cooperation in various fields, consistent with the directives of the leadership of the two countries.

Both sides discussed the challenges and repercussions of the COVID-19 pandemic, economic and investment issues of mutual interest, and prospects for further joint cooperation to achieve aspirations of the two friendly countries and people.

The two sides exchanged views on the latest developments in the region, and discussed regional and international issues of mutual concern and ways to coordinate responses on issues of interest.

The UAE foreign minister affirmed depth of the distinguished relations between the two countries and showed keenness to enhance and develop further aspects of joint cooperation across all fields.

Appreciating Pakistani community in UAE, he said more than 1.5 million of the Pakistani diaspora enjoyed safety and stability there and praised their great role and active contribution towards growth and prosperity of the country.

He noted that this reflected the interconnectivity of people of the two friendly countries, stressing temporary nature of the recent restrictions imposed on the issuance of visas due to the outbreak of the COVID-19 pandemic.

He recalled that Pakistan was among the first countries to establish diplomatic relations with the UAE. The two friendly people and countries share strong historical ties that enhance prospects of their broad cooperation across all fields.

“The UAE and Pakistan enjoy close relations and historical ties across political, economic, cultural and social domains, established on solid foundations of mutual friendship and respect,” he remarked.