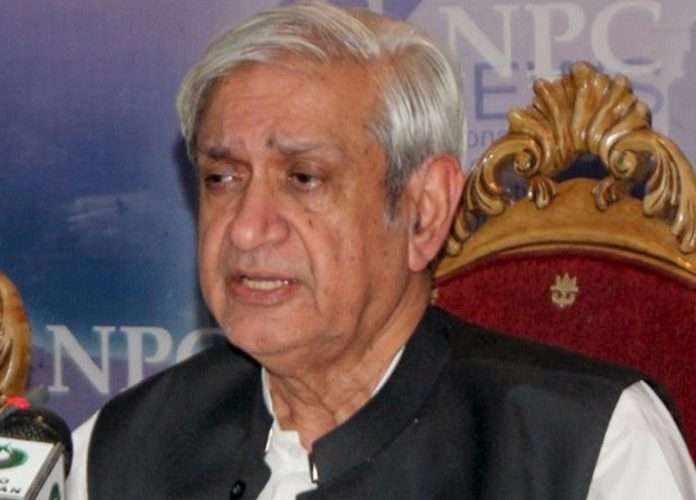 He said cotton crop was also badly affected in other areas of the country but the Sindh province had been devastated at such a level that had never been seen in 100 years.

With respect to Locust situation, the minister commended the efforts by all stakeholders including the leadership, common people and concerned international institutions such as Food and Agriculture Organization (FAO) who played vital role in Locust controlling.

He said due to timely deployment of equipments and other resources by the National Disaster Management Authority (NDMA) the country managed to avoid any major loss.

Fakhar Imam said about 63 districts of the country including 10 each from Khyber Pakhtunkhwa, Punjab and Sindh and almost all districts of Balochistan were affected by the locust attack and for the first time in 60 years, locust swarms entered the country from Afghanistan via FATA region and Dera Ismail Khan that was unexpected.

Furthermore, he said it was also for the first time that locust settled in cropped areas of Balochistan while in routine, it used to settle in desert areas.
He maintained that the challenge of locust was no doubt enormous but it was met extraordinarily well as over 1100 teams were deputed in various areas to control the locust threat.

“Despite difficulties at economic front, every Pakistani citizen, institutions and leadership played due role in meeting the challenge, and this can be a case study how the locust was controlled.”

The minister also stressed the need for promoting agriculture based economy in the country saying that the ministry was in constant touch with the provinces to formulate such policies that would help development of the sector.