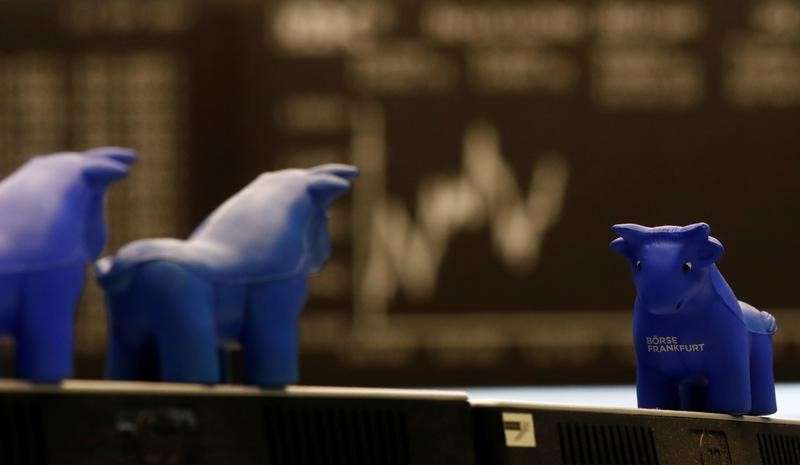 European stock markets are seen edging higher at the open Thursday, after the region’s biggest economy Germany shied away from a significant tightening of restrictions on business despite posting a new record high for Covid-19 infections.

A meeting between Chancellor Angela Merkel and regional governors on Wednesday led to only modest tightenings of rules around gatherings and left all shops open, albeit with a further reduction in customer numbers in some cases. That came as the Robert Koch Institute announced over 32,000 new cases of the coronavirus on Tuesday and a third straight day of over 300 deaths.

The slowdown in the German economy was evident earlier in the monthly GfK German Consumer Climate index survey, where the main index fell by more than expected to -6.7 in December, from a revised -3.2 in November.

The European Central Bank is scheduled to release the minutes of its last policy meeting later in the session.

Volumes are expected to be limited as U.S. financial markets will be closed on Thursday for the Thanksgiving holiday.

Positive news surrounding vaccines to treat Covid-19 has powered the move higher in global stock markets, with AstraZeneca (NASDAQ:AZN) reporting encouraging results for its candidate on Monday. Pfizer (NYSE:PFE) and BioNTech have already filed for emergency use authorization for their drug, which could be granted in a couple of weeks, while Moderna (NASDAQ:MRNA) expects to submit its filing in the coming weeks after establishing its drug’s effectiveness.

In corporate news, earnings are due from the likes of Britvic (LON:BVIC), Mulberry Group (LON:MUL) and Aviva (LON:AV). In France, Remy Cointreau (PA:RCOP) reported first-half results while struggling car rental firm Europcar (PA:EUCAR) said it had reached an agreement with its creditors on a debt restructuring and recapitalization plan that will help it avert bankruptcy.

Oil prices eased slightly Thursday, after gains overnight on the back of a surprise fall in U.S. crude inventories. The market has risen around 9% this week as traders hope for a prompt rebound in demand next year as vaccines bring the pandemic under control.

The U.S. Energy Information Administration recorded a draw of 754,000 barrels for the week to Nov. 20, compared with forecasts for a 614,000-barrel rise, a report released Wednesday showed.