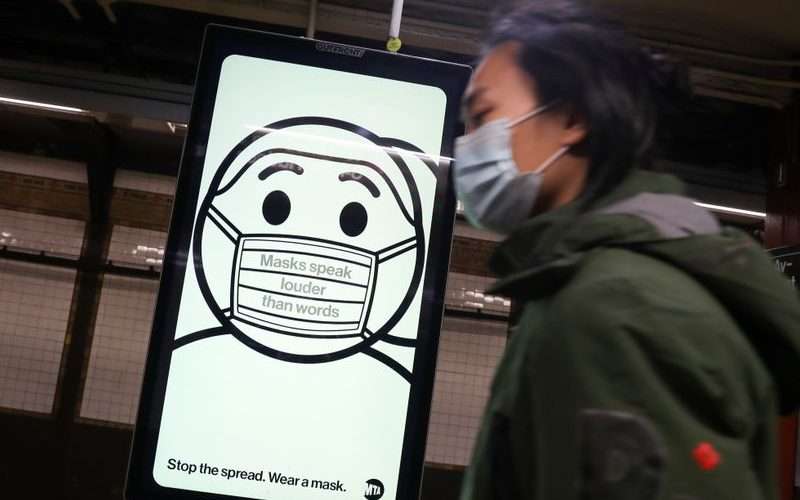 The number of coronavirus cases in the United States crossed the 11-million mark on Sunday reaching yet another grim milestone, according to a Reuters tally, as the third wave of COVID-19 infections surged across the country.

Reuters data shows the pace of the pandemic in the United States has quickened, with one million more new cases from just 8 days ago when it hit 10 million, making it the fastest since the pandemic began. This compares with 10 days it took to get from 9 to 10 million and 16 days it took to reach 9 million from 8 million cases.

The United States, hardest-hit by the coronavirus, crossed 10 million COVID-19 cases on November 8 and is reporting over 100,000 daily cases for the past 11 days straight.

The latest 7-day average, shows the United States is reporting more than 144,000 daily cases and 1,120 daily deaths, the highest for any country in the world.

Texas and California have reported the highest number of COVID-19 infections across the United States, together accounting for about 2.1 million cases or about 19% of the total cases since the pandemic began, according to Reuters analysis.

As COVID-19 related hospitalizations continue to rise, crossing 69,000 on Saturday, U.S. President-elect Joe Biden’s top advisers have stressed the need to control the pandemic, warning that local healthcare systems are at a tipping point.

The Midwest remains the hardest-hit region based on the most cases per capita with North Dakota, South Dakota, Wisconsin, Iowa and Nebraska the top five worst-affected U.S. states.

Illinois, which has emerged as the pandemic’s new epicenter in the region as well as across the country, reported a record 15,433 new cases on Friday, the most of any state in a 24-hour period, surpassing the previous all-time high of 15,300 set by Florida in July.

Several states this week reimposed restrictions to curb the spread of the virus across the nation. North Dakota became the latest state to require that face coverings be worn in public, as it joins 39 other states this month in reporting record daily jumps in new cases.

State governors urged residents to stay home as much as possible, including Nevada Democrat Steve Sisolak, who said late on Friday that he became the fourth governor to become infected with the virus.

The United States accounts for about 20% of more than 54 million global cases and close to 19% of the 1.31 million deaths reported worldwide, according to a Reuters tally.