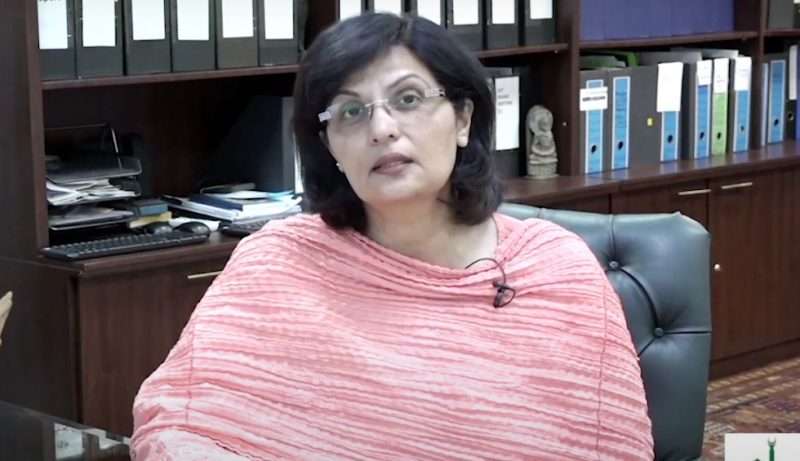 Special Assistant to the Prime Minister (SAPM) on Poverty Alleviation and Social Safety Dr Sania Nishtar expressed her satisfaction over successful efforts of government to cope with COVID19 situation and reaching out to the homes of 15 million labor class people affected by the pandemic.

In her visit to Provincial Election Commission Office Peshawar for submitting her documents for forthcoming Senate Election, Dr. Sania Nishtar said the situation created due to COVID19 was extraordinary which affected people of the globe including Pakistan.

“We approached 15 million daily wagers and others in need through Ehsaas Kafalat Program, delivered cash money to run their household affairs and feed their families.

Most of the laborers and daily wagers stuck far from their homes in other cities because of the closure of inter-cities transport,” she said.

“We are thankful to Almighty Allah and the team working under the leadership of Prime Minister Imran Khan to access these people timely and addressing their problem through Ehsaas Kafalat Program,” she said.

Under the umbrella of the Ehsaas Program, the Prime Minister formed a labor expert group at the international labor day last year, to prepare recommendations for addressing income, health and social security issues of workers in the informal sector.

In light of those recommendations, the government has taken practical steps to bring daily wagers and laborers into the mainstream, she added.

She said the group had conducted a consultation process on recommendations for workers of informal sector to establish labor-friendly social protection institutions.

The economy of Pakistan is large and workers have limited access to labor welfare services, she said adding, according to the International Labour Organization (ILO) Labour Force Survey 2017-18, the informal sector accounted for 71.7% of the employment in main jobs outside agriculture, more in rural areas (75.6%) whereas (68.1%) in urban areas.

“I am grateful to the experts of the group for their suggestions. With their support we have been able to extend financial support to daily wagers through the Ehsaas Emergency Cash programme and to expand it according to the ground realities,” said Dr Nishtar.

Dr Sania Nishtar expressed her confidence that the efforts of the government would help poor to get rid of the vicious circle of poverty besides paving a way for them towards prosperity.

The special assistant said that a survey was being conducted in the country to identify the poor who deserve assistance and help, adding that now its was in completion stage.

She also lauded the role of teachers of the education department Khyber Pakhtunkhwa and non-governmental organisations (NGOs) in Punjab from collecting the required data for the survey.

She said, Prime Minister Imran Khan was taking special interest in development of merged tribal districts to improve the living standard of the natives through providing modern facilities and financial assistance.

About the winter situation in the southern districts, North and South Waziristan, she said people of these areas who migrated to other districts due to harsh weather would also be registered under Ehsaas Kafalat Program.

Replying to a query, she said the incumbent government was committed to fight against poverty and completed the work plan to achieve the target within the specified time.