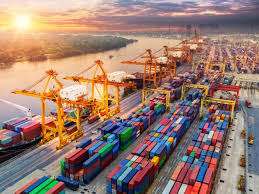 Pakistan earned US $224.120 million by providing different travel services in various countries during the first half of the current financial year 2020-21.

This shows a decline of 18.54 percent as compared to US $275.114 million same services were provided during the corresponding period of the fiscal year 2019-20, the Pakistan Bureau of Statistics (PBS) said.

In addition, the other personal services also decreased by 18.24 percent, out of which religious and other travel services witnessed a decline 94.19 and 18.10 percent respectively.

It is pertinent to mention here that the services trade deficit of the country during the first half of the financial year (2020-21) decreased by 42.41 percent as compared to the corresponding period of last year.

During the period from July-December, 2020-21, services exports increased by 0.31 percent, whereas imports reduced by 15.68 percent, according to the data released by the Pakistan Bureau of Statistics.

The services worth US $2.844 billion exported during the period under review as compared the exports of US $2.835 billion in same period of last year, whereas imports of services into the country was recorded at US $3.821 billion as against the imports of US $4.532 billion, the data revealed.