Govt to present a resolution on French envoy’s expulsion in NA today: Rashid

Interior Minister Sheikh Rashid Ahmed on Tuesday announced that the government will present a resolution on the expulsion of the French ambassador in the National Assembly later today.

In a video statement, he said the decision was taken after another round of talks with the recently proscribed Tehreek-i-Labbaik Pakistan (TLP).

While the minister said that the resolution will be presented later today, there is no session scheduled for Tuesday. A day earlier, the session was adjourned to meet again on April 22 (Thursday) at 2pm.

Rashid said that the TLP had agreed to call off protests across the country. “Talks with the party will continue,” he said.

The minister said that cases registered against TLP workers under the Fourth Schedule will also be withdrawn, adding that he will give a detailed briefing on the development via a press conference later today.

The announcement comes after a government delegation, comprising the interior minister and Religious Affairs Minister Pir Noorul Haq Qadri, met TLP workers for yet another round of talks in Lahore late on Monday.

The first round of talks between the Punjab government and workers of the banned party took place on Sunday after day-long clashes between TLP workers and law enforcers. On Monday, Information Minister Fawad Chaudhry had said that the second round had concluded, adding that a third would begin at 10pm.

Punjab Governor Chaudhry Sarwar and provincial Law Minister Raja Basharat represented the government in the second round, according to Chaudhry.

Before the breakthrough, three rounds of talks between the government and TLP party chief Saad Rizvi at Kot Lakhpat jail remained inconclusive on Monday as the latter could not be convinced to record a video message for party workers to end their plans of a long march on Islamabad.

However, the two sides had agreed to meet again late in the night at Punjab Governor House to discuss and finalise which demands put forward by the TLP chief as a prerequisite for terminating the outfit’s protest plan could be accepted by the government.

Anas Rizvi, the younger brother of Saad Rizvi, also accompanied them to jail where they broke their fast and offered taraveeh prayer with the TLP chief.

In a brief talk before leaving the jail, Hamid Raza had told the media that there had been progress in the parleys and had hoped that the fourth round, to be held at Governor House, would be conclusive. He had claimed that the TLP chief had appealed to his party activists to remain peaceful.

The government is currently engaging with the workers of the TLP — who have been holding anti-France protests for more than a week — after a clash with the police in Lahore on Sunday.

The TLP has put forth four demands: the expulsion of the French ambassador over President Emmanuel Macron’s explicit backing of blasphemous sketches of the Holy Prophet (PBUH), the release of party chief Saad Rizvi, the removal of the ban on the party and the release of activists arrested as well as the FIRs against them to be revoked.

On Sunday, the city of Lahore became a battleground as workers of the recently banned party and policemen clashed. TLP workers also took 11 policemen hostage, who were later released after the first round of talks with the government.

‘TLP and govt have same objective’

On Monday, Prime Minister Imran Khan said that although his government and the TLP had the same goal to end incidents of blasphemy around the world, their methodologies to deal with the issue were different.

In a televised address to the nation, the premier referred to the violence perpetrated by TLP activists over the last week after their leader’s arrest and the ensuing government crackdown as “regrettable” incidents.

Imran said like the TLP, the government too wanted that there was no blasphemy against the Holy Prophet (PBUH) in any country.

“Only our methods are different,” he said, noting that while the TLP wanted the French ambassador to be expelled and Pakistan’s relations to be severed with France, his government had adopted a different strategy.

He continued: “Around 1990, Salman Rushdie wrote a book in which he disrespected our Prophet. The public came out on Pakistani streets, the American embassy was attacked and people were martyred too.

“After that, you can see [in history] that after every few years, someone in any Western country does blasphemy against him. Muslims are hurt, there are reactions abroad too and demonstrations here in our country as well but the same process continues after every few years.”

“Has this approach made any difference?” the premier asked, saying the TLP was protesting in the manner seen in the past as well.

“Now, I ask will sending the French ambassador back and cutting off all ties with them stop this? Is there any guarantee that no one will commit blasphemy after that?” he said.

The prime minister said even if Pakistan took steps against France, the same disrespect could be done in any other European country “in the name of freedom of opinion”.

“There they’ve made it an issue of freedom of expression and on that basis, they will also commit blasphemy [if we take action against France]. So will we send the ambassador [of that country] back too?”

The TLP is protesting blasphemous caricatures published in France and demanding that the French ambassador be sent home and import of goods from that country banned.

The government had reached an agreement with the TLP on Nov 16 last year to involve parliament in order to decide the matter in three months. As the Feb 16 deadline neared, the government had expressed its inability to implement the agreement and had sought more time. The TLP agreed to delay its protest by two-and-a-half months to April 20.

Last week, Saad Rizvi, in a video message, had asked TLP workers to be ready to launch the long march if government failed to meet the deadline. The move had prompted the government to arrest him on April 12.

Police had swooped on Rizvi at around 2pm on Wahdat Road in Lahore where he had gone to attend a funeral. Outraged, the TLP had issued a call for countrywide protests. Within the next few hours, protesters took to the streets in Lahore and blocked the Grand Trunk Road on a number of points.

All main cities like Lahore, Gujranwala, Islamabad and Peshawar were cut off from each other and the rest of the country. The activists held sit-ins at various points in Hyderabad and Sukkur. They blocked highways, motorways and train tracks, disrupting life in a better part of the country and causing violence as protesters clashed with police at many places.

The violence claimed several lives and left hundreds injured before the government announced on April 15 it had decided to ban the TLP under the anti-terrorism law. 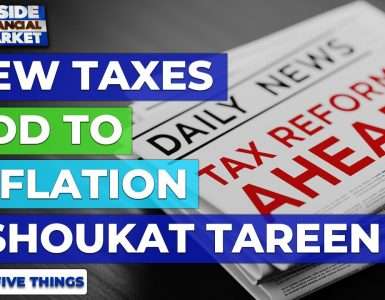 Subscribe to Our YouTube Channel and Get the Latest Updates on Pakistan’s Financial Markethttps://www.youtube.com/c/InsideFinancialMarkets/?sub_confirmation=1 1. New Taxes add to inflation, Shoukat Tareen 2. IT... 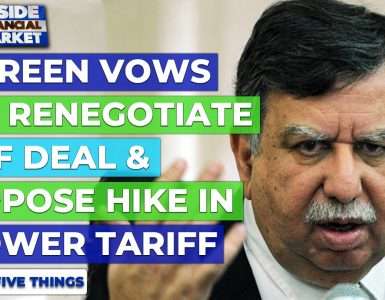 Subscribe to Our YouTube Channel and Get the Latest Updates on Pakistan’s Financial Markethttps://www.youtube.com/c/InsideFinancialMarkets/?sub_confirmation=1 1. Tareen vows to renegotiate IMF deal and oppose hike... 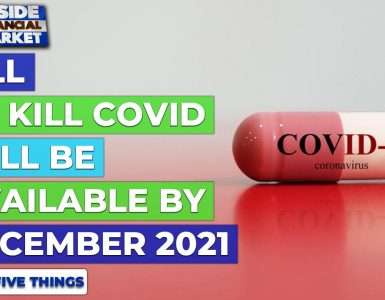 Subscribe to Our YouTube Channel and Get the Latest Updates on Pakistan’s Financial Markethttps://www.youtube.com/c/InsideFinancialMarkets/?sub_confirmation=1 1. Pill to kill COVID will be available by December...