The sugar price, currently hovering at Rs96 per kilogram, may decline by 10 to 15 per cent in the next two to three weeks if market watchers are to be believed.

“In fact, it should have come down if market dictates are something to go by, but financial might of the millers and their capacity to hold is delaying it,” says a local dealer.

Explaining the context of expectations, the tea leaf readers maintain that sugar factories currently hold 1.58 million tonnes in their stocks. In June, their monthly releases came down to 270,000 tonnes (from 350,000 tonnes in May) as hoarding loses its commercial lure.

About the lowering lure, they say that the next crushing season is due to begin in early November probably, leaving only four months behind. At the rate of 270,000 tonnes a month, the millers would only be releasing less than 1.1m tonnes, leaving around 500,000 tonnes as carry-over.

The anatomy of sugar manufacturing next season also does not leave any room for optimism from the millers’ perspective.

According to the crop data, cane now covers 2.148m acres in Punjab, which is 12pc more than last year. Millers produced 3.75m tonnes of sugar last season and are expected to produce 4.5m this year, or some 800,000 tonnes more than normal annual releases that also feed Khyber Pakhtunkhwa, Gilgit-Baltistan and Azad Jammu and Kashmir. The fact that the federal and KP governments are currently importing sugar rules out the possibility of its export, which may also contribute to a decline in local price.

The stage for a price decline, according to the local dealer, was set by the amended Sugar Factories Control Act that was notified late last month. It shifted the control of sugar crushing season from the millers to the government, which is now favouring the farmers. The Act empowers the government to decide when to start crushing season.

The 15-day credit cycle, which was part of the rules (rule 14, sub-rule II), is now part of the Act. The cane commissioner has also been empowered to act on the farmers’ complaints, fix liability and recover it through land revenue methods (arrest, attachment and sale of property of defaulting millers). The millers are bound to pay farmers through bank accounts, saving the growers from various deductions. All these steps have made the Act more pro-farmer and the sugar business clean, and further lowered the commercial sheen of hoarding.

“The price should have come down by now if the market realities had taken charge,” says Rao Akram of the Karyana (retail) Merchant Association.

The millers are keeping supplies squeezed and the price high. Otherwise, the current stock position, its sale chances, the next season being just around the corner and potential production next season all point to one direction: price slide. But for how long can the millers hold stocks and keep the price high? The next week or so might decide the situation, Mr Akram hopes.

“The price will only decline in October,” predicts one of the major dealers in the city, who did not want to be named because of business sensitivities. And that would happen only because of market manipulation, not realities. The millers would maintain the high price, mint money for the next two months, and then start ‘behaving’ (by increasing supplies) in October so they could seek some favours on the cane price and, more importantly, decision on when the crushing season should start. This surplus sugar would stay in the supply chain and keep testing millers’ finances and resolve, the dealer says.

Commenting on the sugar factories act, a Pakistan Sugar Millers Association member, who did not want to be named due to ongoing litigation, says the government should have realised that it was starting the season early November only at the cost of recovery and higher prices. The method for recovery of dues was finalised during the rationing period when the government would purchase the entire stock, pay the millers immediately, who would then clear farmers’ dues instantly. In this situation, the 15-day cycle made sense. But implementing it in the current circumstances hardly makes sense when the recovery of dues from the market takes months. But the government has done it and the association would continue fighting its case, he concludes. 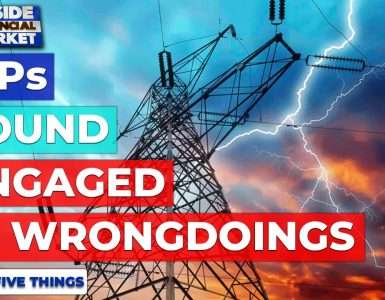