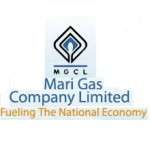 In its meeting held yesterday, the Economic Coordination Committee of the Cabinet (ECC) has approved 1) re-allocation of 60mmcfd of gas back to fertilizer industry from Mari which will result in additional 50k tons of urea production domestically, 2) import of 300k tons of urea to meet the supply shortfall during the Kharif season.

We highlight fertilizer units on Mari network (FFC, Engro base plant and Fatima) are currently facing 10-12% of gas curtailment due to allocation of 60mmcfd of gas to Guddu Power Station while Guddu Power has not been able to utilize this gas given its operational inefficiencies.

FFC will be key beneficiary of this gas allocation, being the largest gas consumer at Mari and urea producer, we expect FFC to produce additional 28-30k tons of urea from this gas allocation leading to PRs0.20-0.30/sh positive earning upside to our 2014E EPS of PRs14.03.

However, imports of 300k tons of urea, will continue to keep a check on domestic urea pricing.