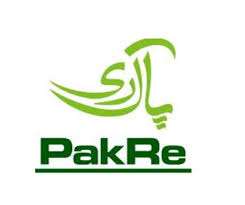 Research and Markets: Reinsurance in Pakistan, Key Trends and Opportunities to 2016 – BSW

Research and Markets: Reinsurance in Pakistan, Key Trends and Opportunities to 2016 – BSW

(http://www.researchandmarkets.com/research/ssmdqc/reinsurance_in) has announced the addition of the “Reinsurance in Pakistan, Key Trends and Opportunities to 2016” report to their offering.

Over the forecast period, the growth of the reinsurance segment is expected to be driven by the expansion of Pakistan’s life, non-life, and personal accident and health direct insurance segments.

In addition, the frequent occurrence of natural disasters and terrorist attacks in the country has compelled local insurance companies to cede part of their written premium to reinsurance companies in order to avoid excessive risk.

– During the review period, Pakistan was severely affected by a large number of natural disasters, which resulted in significant incurred loss for insurance companies operating in the country. For example, the country suffered considerable loss of life and extensive property damage due to widespread flooding in 2010.

– Reinsurance plays a significant role in the overall Pakistani insurance industry, as local insurance companies cede part of their written premium to reinsurance companies in order to avoid excessive risks due to unforeseen events. Reinsurance is therefore an integral component of the country’s risk management program and contingency plan, without which the burden of the cost of natural disasters would fall on individuals and their direct insurers.

– Pakistan experienced several natural disasters during the review period, including severe flooding in 2010 that affected approximately 20 million people. In addition, around 1.6 million homes were destroyed, and thousands of acres of crops and agricultural land were damaged across the country.