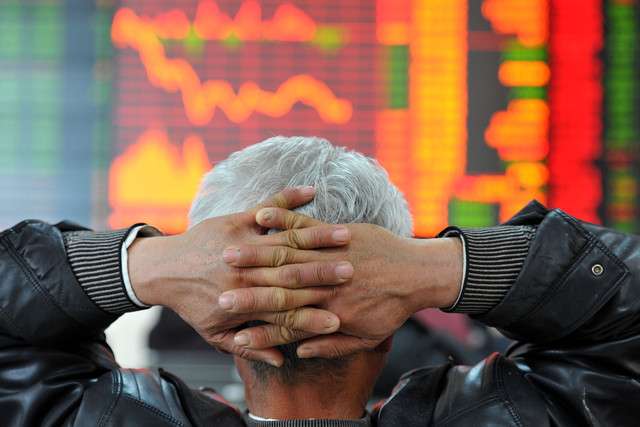 The MSCI Asia Pacific Index gained 1.7 percent at 12:12 p.m. in Tokyo, paring its drop since March 31 to 3.8 percent. Japan’s Topix Index jumped 3.2 percent, while the Shanghai Composite Index rose from a four-year low. Standard & Poor’s 500 Index futures added 0.3 percent. The yen slid 0.6 percent to 98.91 per dollar, while the Aussie depreciated against almost all its major peers. Gold added 0.3 percent, erasing a decline below $1,200 an ounce.

“The Fed has moved to soothe markets and that has leveled things out on the equity front and seen a bit of a run from gold,” James Lindsay, who helps oversee about $23 billion as a fund manager in Auckland at Tyndall Investment Management Ltd., said. “Emerging markets and Asian markets will do pretty well. China trying to stabilize interest rates is also a driver.”

Global equities have lost more than almost $3 trillion this month, and the S&P GSCI commodities index slumped the most since April last week, as the Fed said it may pare bond purchases aimed at bolstering the U.S. economy and investors speculated that rising Chinese funding costs will curb growth.

China’s seven-day repo rate fell 61 basis points to 6.13 percent today, according to a weighted average compiled by the National Interbank Funding Center. It reached a record 12.4 percent June 20 and rose 132 basis points this month amid a shortage of cash on the market.

More than seven stocks gained for each that fell on MSCI’s Asian index, with consumer discretionary, health-care, technology and industrial companies leading the advance.

Hong Kong’s Hang Seng Index gained for a fourth day, climbing 1.4 percent. The gauge has lost 7.5 percent this month. The Shanghai Composite has tumbled 11 percent since March 31, the most among the biggest emerging markets after Brazil’s Ibovespa, which is down 16 percent.

Japan’s Topix headed for a 9.6 percent gain in the quarter, after the Trade Ministry said industrial output expanded 2 percent, compared with the median 0.2 percent increase projected by 32 economists surveyed by Bloomberg.

An index of pending home sales in the U.S. jumped 6 in May to the highest level since December 2006, figures from the National Association of Realtors showed. Household purchases and incomes advanced, the Commerce Department said, Jobless claims decreased to 346,000 in the week ended June 22 from a revised 355,000 in the prior period, the U.S. Labor Department reported.

“If labor market conditions and the economy’s growth momentum were to be less favorable than in the FOMC’s outlook — and this is what has happened in recent years — I would expect that the asset purchases would continue at a higher pace for longer,” Dudley said in remarks prepared for delivery yesterday in New York. He serves as vice chairman of the Federal Open Market Committee.

The S&P 500’s 0.6 percent gain yesterday took its three-day advance to 2.6 percent, the best rally since the beginning of the year. The index trimmed its June decline to 1.1 percent. The benchmark gauge of American stocks is up 2.8 percent in the second quarter and 13 percent in 2013.

Gold earlier dropped as much as 1.7 percent to $1,180.57 an ounce, the lowest level since August 2010. The precious metal is down about 25 percent since the end of March. Platinum slid 0.3 percent today, while palladium was little changed.

“When the market gets into a trend, people just want to follow it, and now we’re in a severe downtrend, so the psychology has become terrible,” Donald Selkin, who helps manage $3 billion of assets as chief market strategist at National Securities Corp. in New York, said by phone yesterday.

The Dollar Index, a gauge of the currency against six major peers, was little changed at 83. The measure is up 0.3 percent this quarter.

The strength in the greenback will probably continue as the U.S. economy recovers, Peter Fisher, senior managing director of BlackRock Inc.’s Global Executive Committee and a senior director at the BlackRock Investment Institute, said on Bloomberg TV yesterday. The dollar has climbed against 10 of 16 major currencies tracked by Bloomberg in June.

The Australian dollar weakened 0.4 percent to 92.35 U.S. cents, extending its decline in the quarter to 11 percent. The won gained 0.3 percent to 1,145.85 per dollar, set for the strongest close since June 20 and climbing for a fourth day.