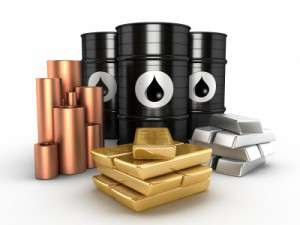 SINGAPORE, Dec 19 (Reuters) – Oil and copper retreated only slightly on Thursday after the U.S. Federal Reserve began cutting back its massive stimulus program with losses capped by optimism over a U.S. economy on a stronger footing.

Gold edged higher with the Fed’s move largely expected, having built up on a recent raft of strong U.S. economic data, and most investors in bullion have already cut positions long before Wednesday’s stimulus decision.

The Fed’s move to wind down the era of cheap money sent the dollar sharply higher, trading at five-year highs against the yen, and would have typically dragged down commodities priced in the greenback. But the sell-off that many had feared did not happen, with Asian shares rising on the Fed’s commitment to keep interest rates low. MKTS/GLOB

“It wasn’t a surprise anymore. The surprise would have been if no taper would have come,” said Dominic Schnider, analyst at UBS Wealth Management.

“It’s really this statement that the economy is on track which is giving everybody quite a bit of hope.”

The Fed cut the rate of its monthly bond purchases by $10 billion to $75 billion, confident that the U.S. economy was strong enough for it to scale back its stimulus, which has fed liquidity in markets for years and helped commodities race higher. (Full Story)

Brent crude for February delivery  LCOc1 was off 26 cents at $109.37 a barrel by 0304 GMT. The oil benchmark gained more than a dollar on Wednesday as investors shrugged off the Fed’s move.

“Markets were worried that speculative money was going to come out. But what the Fed announced was an incremental change rather than a huge change,” said Tony Nunan, oil risk manager at Mitsubishi Corp in Tokyo.

“The Fed had also said they would not taper till they were sure the economy could handle it. That, and supply worries are supporting prices.”

Data showing a bigger than forecast drop in U.S. crude stockpiles last week, including a decline in inventories at the storage hub in Cushing, Oklahoma helped underpin crude prices.

“The speculative community was already positioning to tapering so that’s why the impact wasn’t that big,” said UBS’s Schnider.

Three-month copper on the London Metal Exchange  CMCU3 was off half a percent at $7,231 a tonne, with sustained drawdowns on LME warehouses keeping losses in check.