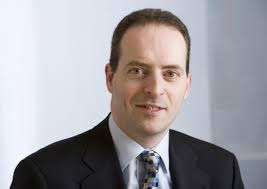 UK-Pakistan bilateral trade reaches œ2.1 billion: Lord Livingston
LONDON, Dec.17 (APP): UK Minister for Trade and Investment Lord Livingston said on Tuesday bilateral trade between the United Kingdom and Pakistan reached œ2.1 billion in 2012. “It is a sign that we are heading in the right direction – but work remains to be done to ensure Pakistan and the UK truly benefit from this partnership,” he told the second annual UK- a flagship Pakistan Trade and Investment Conference held at prestigious Lancaster House here. Lord Livingston said prime ministers of the two countries had agreed on an ambitious trade target to increase bilateral trade to œ3 billion by 2015. He said today’s event would raise awareness of the trade opportunities between Pakistan and the UK and help make new connections and highlight the government support available to businesses that want to export.
The conference was organized by UK Trade and Investment (UKTI) in collaboration with the Pakistan High Commission in UK, and Pakistan British Trade and Investment Forum (PBTIF).
The conference was attended by over 80 business representatives from UK and Pakistan companies. The aim is to raise awareness of investment opportunities in Pakistan, the support available for UK companies considering the market, and provides a forum for business leaders from both nations to make important connections.
The event was attended by Senior Foreign Office Minister Baroness Warsi, with a keynote speech from UK Minister for Trade Lord Livingston. Pakistan High Commissioner for UK Wajid Shamsul Hasan represented the Pakistan side.
Discussions throughout the day focused on three key sectors – Energy, Education, and Retail.
Speaking on the occasion, Senior Foreign Office Minister Baroness Warsi said: “In my role as Minister for Pakistan over the last year I have visited Islamabad and Lahore, most recently with British business representatives, where I was struck by the diversity of businesses that are trading between our two nations, and the wealth of opportunity there is for business.”
She said today’s conference was an important step in raising awareness of the business opportunities that exist and building even more trade links between the UK and Pakistan.
“There is much to be positive about for the future. I was delighted that the European Parliament voted last week to grant Pakistan the “Generalized Scheme of Preferences plus (GSP+)” – something the UK has been a tireless advocate for •    and will present even greater opportunity for bilateral trade,” she said.
Pakistan High Commissioner Wajid Shamsul Hasan said Britain and Pakistan
had always enjoyed substantial trading relationship, with more than 100 British companies operating successfully in Pakistan.
He especially thanked British Prime Minister David Cameron, Deputy Prime Minister Nick Clegg, Foreign Secretary William Hague, MP Alistair Burt, Cabinet Minister Baroness Sayeeda Warsi, former Prime Minister Gordon Brown, former Foreign Secretary David Miliband and Baroness Ashton.
He particularly thanked Lord Green, former Trade Minister, Martin Donnelly, Permanent Secretary for the Department of Business and CEO UKTI Nick Baird, Socialist International’s Secretary General Luis Ayala for their enormous support in Pakistan’s pursuit of the GSP+.
The High Commissioner also thanked MEP Sajjad Karim who over the years had painstakingly garnered support for Pakistan amongst his fellow MEP’s in Brussels.
Lord Livingston pakistan Socialist International UK