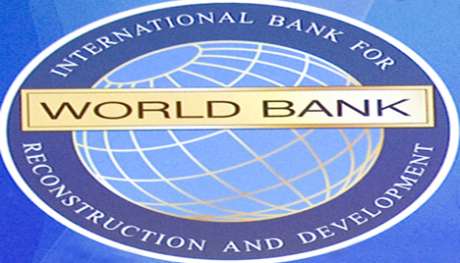 ISLAMABAD, May 2 (Reuters) – The World Bank has approved a $12 billion loan for cash-strapped Pakistan that will disbursed over five years, the country’s finance ministry said on Friday.

The ministry said the money will target “energy, economy, (fighting) extremism and education”, with $1 billion being transferred to Pakistan in the next week.

The loan will carry a 2 percent interest rate.

Pakistan is struggling to deal with a massive energy crisis, high unemployment and a shortfall in tax revenue. It has borrowed heavily to pay to cover government expenditure.

The nuclear-armed nation of 180 million people relies on imported oil to run most of its electricity grid, but often cannot afford to pay for it, causing daily power cuts that have damaged many industries.

The country was facing a balance of payments crisis last year and had only enough cash for one month’s worth of imports before the International Monetary Fund approved a package of $6.7 billion in September.

Since then, Finance Minister Ishaq Dar has helped boost the country’s cash reserves.

In February, Saudi Arabia gave Pakistan a gift of $1.5 billion. In April, Islamabad raised $2 billion raised in a Eurobond offering and $1.1 billion from an auction of 3G and 4G telecommunications licenses.

But money remains tight. The IMF loan is largely being spent on repaying a previous one from the Fund.

Pakistan needs about $1 billion a month to pay for its imports, and energy demand will peak during the sweltering summer months to come.

The first tranche of World Bank money will be spent on refinancing short-term, high-interest loans that the government has taken.

Pakistan is facing a large shortfall in tax revenue. Some wealthy Pakistanis pay no income tax, which the government has repeatedly promised – and failed – to change.

Many legislators and some ministers evade tax, according to the Center for Investigative Reporting in Pakistan, a non-government organisation.

Social services and infrastructure are crumbling while politicians splurge on personal bodyguards, foreign trips, luxuries and land for their personal use.

Activists say rage at government corruption and neglect are fuelling two insurgencies. The Taliban are fighting to overthrow the government in the northwest, and separatist Baluch rebels are fighting for independence in the west.