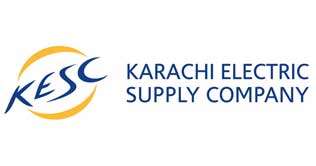 Last year saw the first-ever issue in Malaysia of retail sukuk, which are offered to the public rather than being sold to banks or placed with large institutional investors.

The Malaysian issue was followed this month by Karachi’s electric utility; Indonesia’s finance ministry has been offering sovereign paper to the mass market since 2008.

Authorities hope that by involving large numbers of individual investors, retail sukuk can become popular among 400 million Muslims across the three countries – roughly one in every four Muslims in the world.

“We are very optimistic, as in the market there is demand for sharia-compliant financial instruments,” said Amir Khan Afridi, director at Pakistan’s Securities and Exchange Commission.

Proponents hope that retail sukuk will serve more than investment and fund-raising purposes; they could raise awareness of the principles of Islamic finance, such as its bans on interest payments and pure monetary speculation.

“This will provide an opportunity to investors to debate Islamic finance concepts. These debates and discussions will help bring more clarity among the public,” Afridi said.

Pakistani utility K-Electric  KELE.KA, which serves over 20 million consumers, is in the process of raising 6 billion rupees ($57 million) through the country’s first retail sukuk issue. Afridi said another Pakistani firm, which he declined to name, had applied for permission to conduct such an issue.

K-Electric decided on its issue after it sold a 2 billion rupee conventional retail bond last year which was fully subscribed within six weeks, a company spokesman said.

There are major obstacles to successful issuance of retail sukuk, which explains why the instrument did not appear earlier in Malaysia and Pakistan, and why non-government issuers have not yet emerged in Indonesia.

In the Gulf, the world’s other main centre of Islamic finance, many sukuk are listed on stock exchanges – in theory allowing them to be traded by individuals – but issues are targeted at institutions, not at retail investors.

The United Arab Emirates’ National Bonds Corp offers sharia-compliant savings schemes in which investors can buy savings certificates based on the mudaraba format in very small denominations, but this stops short of a direct issue of sukuk to the retail market.

In Malaysia, Jamaluddin Nor Mohamad, head of Islamic and alternative markets at Bursa Malaysia, the national exchange, said engaging with potential issuers was a “daunting task”, while it was hard to raise awareness of the product among retail investors more accustomed to other instruments such as equities.

“The product features of a fixed income instrument did not fit perfectly into the mind space of our existing investors.”

Lack of familiarity has raised the costs of issuing. When Malaysia’s DanaInfra Nasional, set up by the finance ministry to raise funds for the country’s largest infrastructure project, issued its debut 300 million ringgit ($91 million) sukuk in January 2013, it structured the instrument to mimic an equity IPO but still had to offer a price premium to attract buyers.

DanaInfra may make two more retail issues of 100 million ringgit each in 2014, Jamaluddin said. “We continue to highlight that it is difficult for us as an exchange to promote this product when there is only one issuance. On that basis, we are saying two is not enough.”

In a statement, DanaInfra said the retail sukuk market needed more time to mature. “It may only be achieved with continuous support from all parties including the regulators, the brokers and the market makers.”

But issuers seeking to widen their investor base, or which have huge capital requirements over a long period of time, can benefit from retail sukuk, it said.

Since DanaInfra’s retail sukuk are listed on Bursa Malaysia, they can be relatively easily traded by investors. This could help to develop a secondary market in sukuk; institutional investors which buy sukuk in the over-the-counter market often hold them to maturity, so secondary market trading is minimal.

Indonesia’s government has sold retail sukuk every year since 2008 but it remains the country’s sole issuer; it hopes to attract new investors with its upcoming March issuance.

“There are companies who have come to ask about the mechanism, but for issuing this instrument, the cost has to be taken into account,” Dahlan Siamat, director of Islamic financing policy at Indonesia’s finance ministry, told Reuters.

Costs could come down if retail sukuk prove to be an effective tool to fund infrastructure projects and are actively traded in the secondary market, said Siamat.

“We want newcomers and not only our present investors,” he said, adding that with its sales network of 26 agents, including 19 banks, the ministry was now exploring smaller cities for potential buyers.

It has begun introducing sukuk to the academic community on university campuses, and ramped up promotions in the east of the country, where the financial industry is relatively undeveloped.

“The sukuk is offered directly to the people. Anyone willing can go to any of our selling agents spread throughout the country.”

Since 2008, the finance ministry has adapted the sukuk to investors’ appetites, Siamat said. It has introduced a minimum holding period of one month before they can be sold in the secondary market, and has been considering shorter maturities of around three years.

Indonesians can buy into retail sukuk with a minimum order of only 5 million rupiah ($430), compared to 1 billion rupiah for the government’s non-retail bonds.